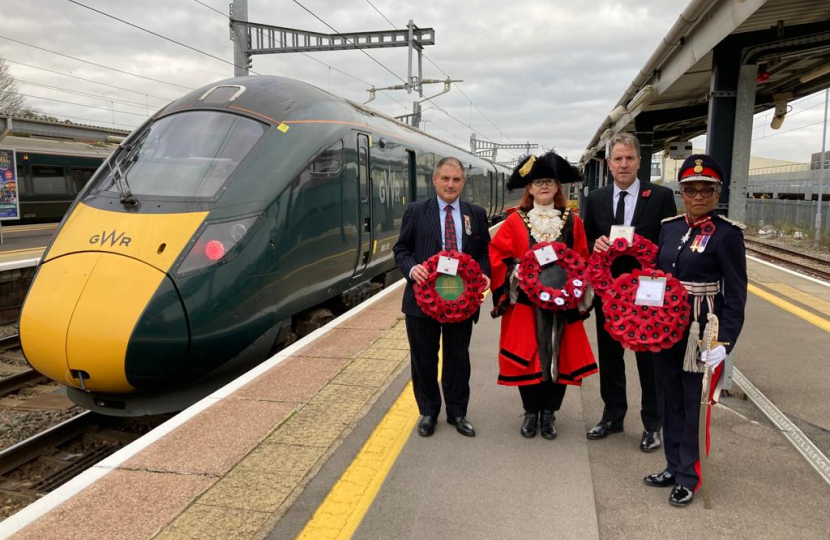 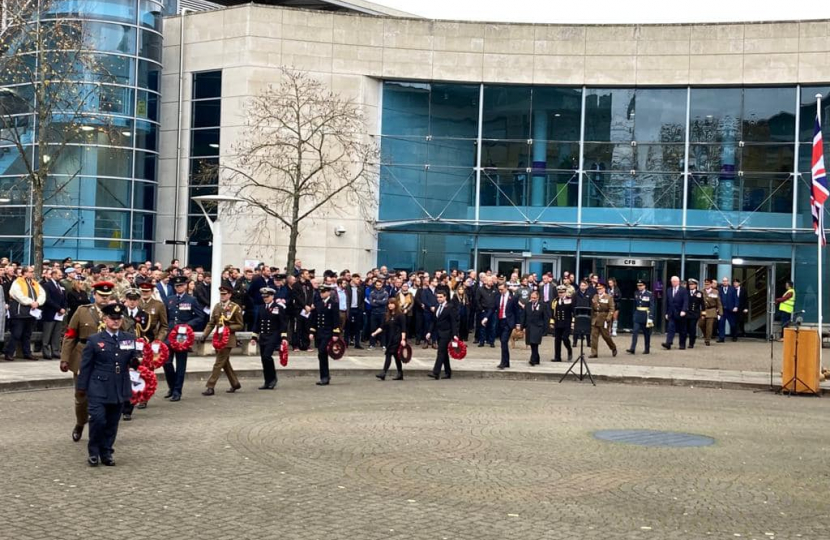 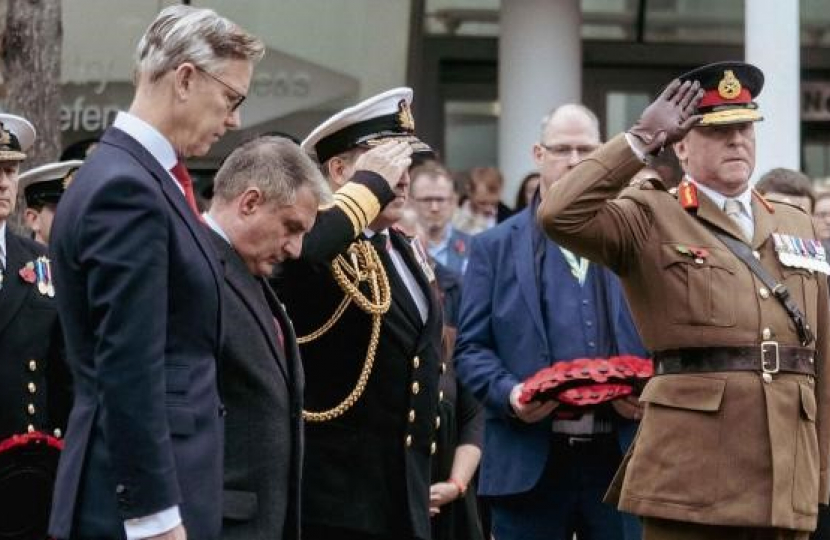 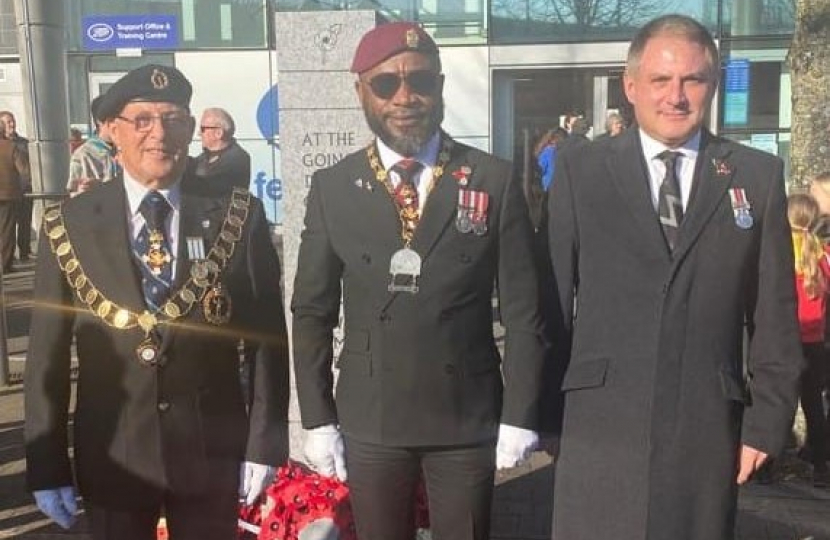 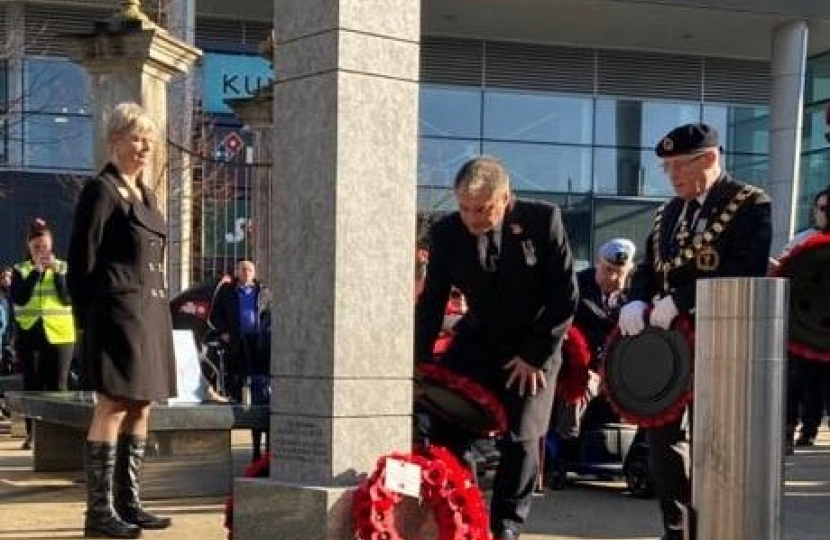 Over this Remembrance Weekend I was privileged to be invited to participate in multiple events to honour the sacrifice of those who have fallen in the service of our country. I participated in 3 events the first on Armistice Day at Bristol Parkway Station, then DE&S at Abbeywood and the Willow Brook Centre on Sunday in Bradley Stoke.

At the Poppies to Paddington remembrance event I presented a wreath alongside Metro Mayor, Dan Norris, Lord Lieutenant of Bristol, Peaches Golding and the Lord Mayor of Bristol, Cllr. Paula O’Rourke at Bristol Parkway which was carried by train to the War Memorial at Paddington station. Later that morning I also participated in the Act of Remembrance service at Defence Equipment and Support at Abbeywood.

On Remembrance Sunday I took part in the parade and laid a wreath in the Remembrance Service at the Willow Brook Centre in Bradley Stoke with Marching Band, Speakers, Dignitaries & Veterans, 1st Bradley Stoke Rainbows, Beavers, Brownies, Cubs, Guides and Scouts. 2nd Stoke Lodge Beavers and 2nd Bradley Stoke Brownies, Trident Explorer Scout Units and St. John's Ambulance. Thank you to all those who organised the event and took part. Remembrance events have been held throughout the Commonwealth to commemorate our war dead since the end of the 1st World War, we must always remember and honour those who made the ultimate sacrifice to protect and preserve our freedoms and our way of life.

Jack re-appointed as Deputy Chairman of the Conservative Party

I am honoured and delighted to have been re-appointed Deputy Chairman of the Conservative Party by Chairman Nadhim Zahawi, with a particular focus on engaging with the Armed Forces and Veterans groups.