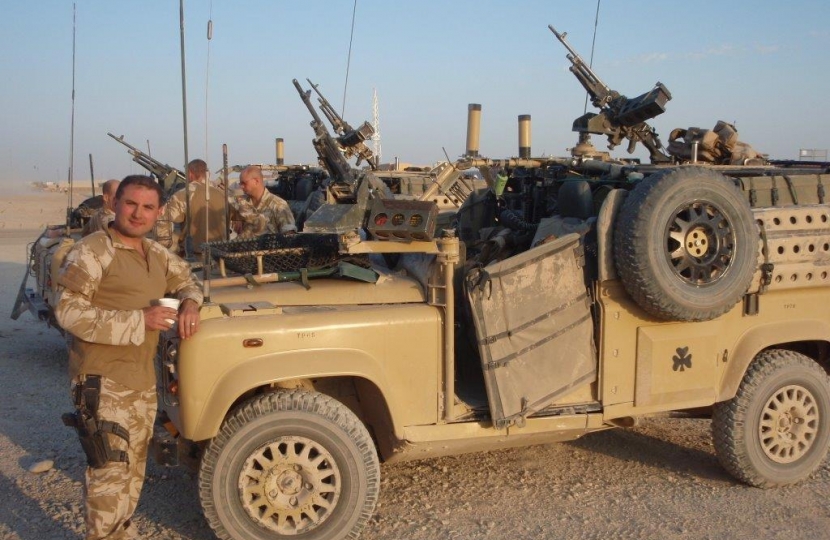 Born in Southmead Hospital in August 1969, Jack has lived and worked in Bristol and the South West area all his life. On finishing school at 15, he worked in his fathers ice cream and catering business locally for over ten years. After leaving his family business in 1997, Jack worked in the financial services and residential property sectors, as a consultant and as a manager. Prior to being elected in 2010, he worked in the private security sector.

Jack served on Bristol City Council for eight years between May 1999 and May 2007 for the Stockwood Ward. In 2001 Jack was the Parliamentary Candidate for Bristol East. Jack also stood for the South West Region, which includes Gibraltar, at the European Parliament elections in 2004.

Jack is an Army veteran and served with 29 Commando, Royal Artillery as a mobilised reservist Gunner for a year. Jack was deployed to Helmand Province in Afghanistan on Operation Herrick 9 in the Autumn/Winter of 2008-9.

In his spare time, Jack enjoys reading and studying military and political history; he is a member of the General George Patton Historical Society and the International Churchill Centre. He is a Vice-President of the Stoke Gifford Branch of the Royal British Legion, a member of Bradley Stoke Lions and is a Freemason. He is also an avid film fan, enjoys hill-walking, listening to all types of music and cooking for family and friends.

Jack has previously served on the following Select Committees in his time in Parliament:

Jack has also been involved in many All-Party Parliamentary Groups over his time in Parliament. He is currently an Officer of the following Groups:

Jack also served on the NATO Parliamentary Assembly between 2015 and 2018.

Jack has served as a Parliamentary Private Secretary to the following Ministers:

Jack is a member of the Royal United Services Institute (RUSI), the world's oldest independent think tank on international defence and security.