NATO must act on Gibraltar 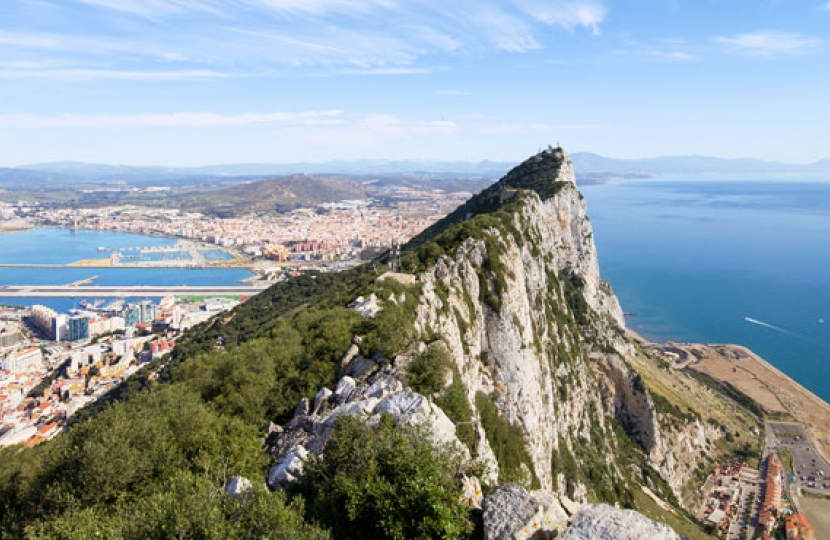 A GROUP of MPs have urged the boss of NATO to "take notice" of Spain's "increasingly unreliable" and "provocative" stance on Gibraltar.

In a letter seen by Express.co.uk, the MPs have written to NATO Secretary-General Jens Stoltenberg to demand he pay close attention to Spanish behaviour towards the British overseas territory, known as The Rock.

Headed by Filton and Bradley Stoke MP Jack Lopresti, the MPs are all members of the defence alliance's parliamentary assembly as well the UK Parliament's all-party group on Gibraltar.

They draw Mr Stoltenberg's attention to "constant unlawful incursions" of Spanish state boats into British waters off Gibraltar; the refusal of Madrid to allow US Naval ships to dock in the UK territory; and RAF aircraft being forced to make roundabout journeys into and out of Gibraltar in order to avoid Spanish airspace.

The MPs also highlight how Madrid has allowed Russian warships to refuel at a port just 19 miles from the Rock, as well as the Spanish government's "ongoing verbal threats against Gibraltar".

Tory MP Mr Lopresti wrote: "It seems to us that Spain's behaviour as a NATO ally is becoming increasingly unreliable."

Spain has been a NATO member since 1982, with the alliance founded after the Second World War to provide collective security against the Soviet Union.

It seems to us that Spain's behaviour as a NATO ally is becoming increasingly unreliable.

Since last month's EU referendum, Spain has attempted to exploit the Brexit result to push its sovereignty claim to Gibraltar, which it has long agitated over.

Within hours of the Leave result, Madrid's acting foreign minister Jose Manuel Garcia-Margallo claimed Brexit "opens up new possibilities" for Spain to take control of Gibraltar, adding: "The Spanish flag on the Rock is much closer than before".

Just yesterday, Mr Garcia-Margallo threatened Spain would veto Brexit negotiations between the UK and Brussels if Gibraltar was included in the talks.

He said Spain would "make clear that Gibraltar does not belong to the UK" during Britain's exit discussions.

But new Foreign Secretary Boris Johnson has promised to "take whatever action is necessary to safeguard Gibraltar" and its people.

In a statement following his appointment last week, Mr Johnson said: "The people of Gibraltar have repeatedly and overwhelmingly expressed their wish to remain under British sovereignty and we will respect their wishes.

"We will never enter into arrangements under which the people of Gibraltar would pass under the sovereignty of another state against their wishes."

In a parliamentary debate yesterday, Mr Rosindell accused Spain of behaving in a "complete breach of the spirit of the NATO treaty" with its attitude to Gibraltar, which has been a British territory for more than 300 years.

He said: "Spain is supposed to be a NATO ally—a friendly country; a country with which we should be working closely—but how can we work with it if it singles out a section of the British family and effectively bullies them?"

Gibraltar overwhelmingly voted to remain in the EU at last month's referendum, despite the UK as a whole voting to Leave.

Mr Picardo had claimed he could negotiate directly with Brussels to retain Gibraltar's EU membership, as Scottish First Minister has attempted to do.

Read more about this topic in an article in The Express.