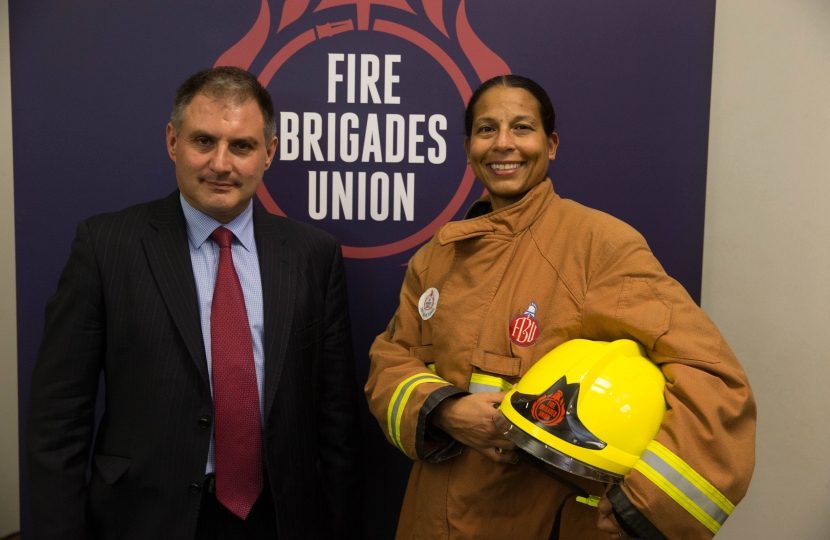 Jack met firefighters in Westminster last night to recognise and celebrate the invaluable work firefighters do keeping our communities safe.

‘Love Your Firefighters’, hosted by the Fire Brigades Union (FBU), was attended by more than 60 MPs, who met firefighters and union officials.

“It was a privilege to have so many MPs from across the spectrum here with us to celebrate the work of our members. We want support for firefighters and our fire and rescue services from all politicians. We would urge MPs from all parties to get behind their firefighters now and support the invaluable work they do in their communities, keeping us all safe.”

“It was an honour to have the opportunity to meet some of the professional firefighters who do such invaluable, challenging work.

“Firefighters who responded to the Grenfell Tower fire had their training and professionalism tested to the limit. All members of parliament should support our fire and rescue services, in the interests of both public and firefighter safety.”

Two films were shown at the event. ‘Operator’ (bit.ly/2dtilVA) won the Bafta short film award last year (2016) for its depiction of a control room operator taking an emergency fire call.  ‘The Firefighters’ Dilemma’ (bit.ly/2sek2dr) was made this year to convey the stress fire crews are under when they turn out to a fire if they have to wait for a second fire engine before entering the premises due to service cuts.