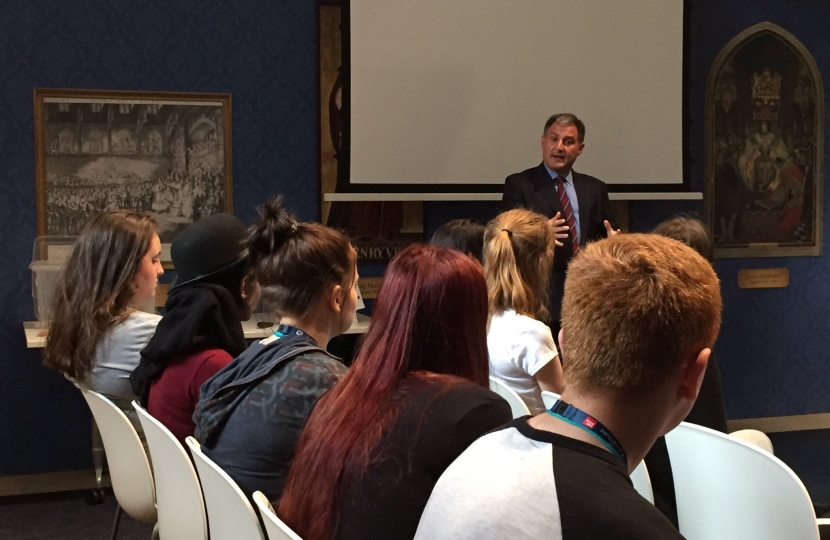 Jack always enjoys welcoming constituents to Westminster and being able to show them a bit more about the work he does in Parliament, so he was pleased to hear that the Parliament Education Service was hosting three schools from Filton and Bradley Stoke last Tuesday.

Organised by the fantastic local charity South Bristol Youth, students from Downend School, Abbeywood School and Patchway Community College spent the day learning about parliamentary procedure and the role of Members of Parliament before taking part in a Q & A session with Jack as their MP. After having spent the day being immersed in the world of British politics, the children had some great and challenging questions and he can only hope that he answered all their queries.

The Parliament Education Service is a brilliant initiative that offers subsidies Parliament trips, free teacher training and resources to help make Parliament a more accessible environment for the children in the classrooms. This can be to help them with class work or to fuel ambitions within our country's young activists. Jack thinks this is essential as growing up he had the ambition but no idea of a clear path to become a Member of Parliament. It was not until John Major became Prime Minister and we learnt about his background that he fully believed that someone from his background, with hard work and determination, could be elected to Parliament. Jack welcome any efforts to provide guidance and aspiration to the next generation.

For more information on the Parliament Education Service and to see if you can organise a trip for your school, click here.