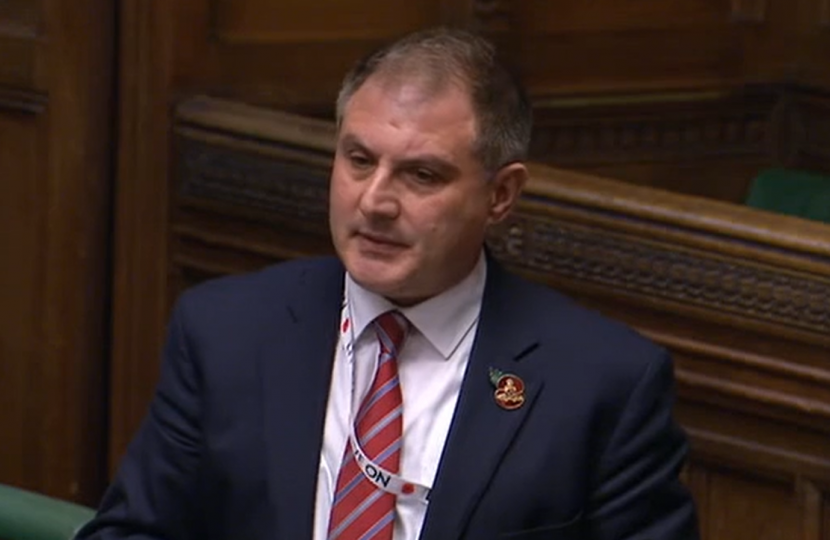 Jack spoke during the report stage of the Overseas Operations (Service Personnel and Veterans) Bill in the House of Commons yesterday. He was a member of the Bill Committee which looked at the legislation put forward by the Government, which will protect service personnel from the repeated and vexatious claims witnessed in recent years.

During the debate, Jack said:

This is a Conservative Government who are delivering on our manifesto commitment to begin to ensure that the men and women this House sends on operations, often into harm’s way, are safe from the sort of vexatious, repeat investigations and harassment that some have had to endure after operations in Afghanistan and Iraq.

Speaking about some criticism of the Bill made by other members he added:

With the greatest respect to Members across the House, there has been a great deal of nonsense spoken about this proposed legislation during the passage of the Bill so far. The statutory presumption against prosecution after five years of any incident does not constitute a pardon, an amnesty or a statute of limitations.

In welcoming this Bill, I look forward to supporting the Government’s measures to extend similar protections to our Northern Ireland veterans, which is long overdue. This Government are proud to stand up for our armed forces while they protect human rights, democracy and the rule of law.”