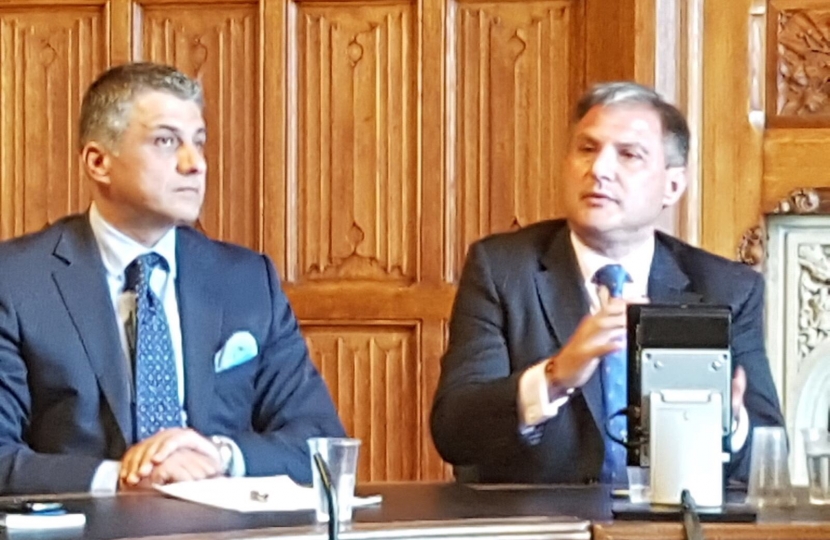 On Monday, Jack Lopresti had the pleasure to host the Kurdistan's High Representative to the UK, Karwan Jamal Tahir, at an event for the John Adams Society. Held in the Houses of Parliament, the event was an opportunity for those in attendance to hear first-hand about the upcoming independence referendum and learn a little bit of history about the region in order to explain what has led to this vote.

Karwan Jamal Tahir has previously been Deputy Minister for Foreign Relations and has been involved in Kurdish activism since 1991, so offers a fascinating insight into the politics of the region. His talk took us through his experiences, from the Kurdish uprising in 1991 after the Gulf War up to the Peshmerga's brave fight against ISIS in recent years. All of this has been played out against the backdrop of increasingly strained relations with Baghdad, which has tested the resolve of the Kurdish people but ultimately they strive for peaceful co-existence with their neighbours.

The John Adams Society is an alumni association for those who have undertaken US Embassy exchange programmes in England, Wales and Scotland. These exchanges help foster strong bonds between those who will work in the US diplomatic service in the future with their UK counterparts and helps renew our special relationship with our greatest ally. Having visited the United States on Parliamentary business before, Jack  have always been overwhelmed by the warm reception he has been met with so he was only too pleased to return the favour by organising this event.

He looks forward to more events like this in the future, especially after the September referendum when the future of the region will be subject to much speculation.