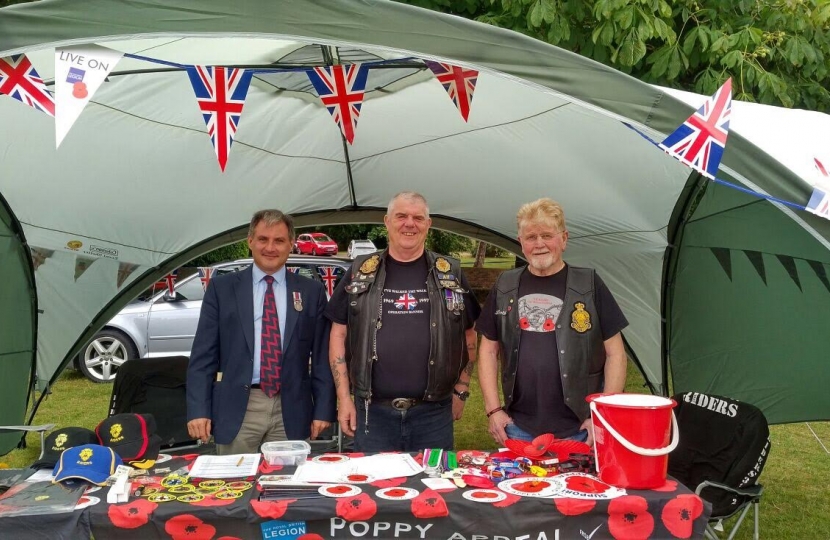 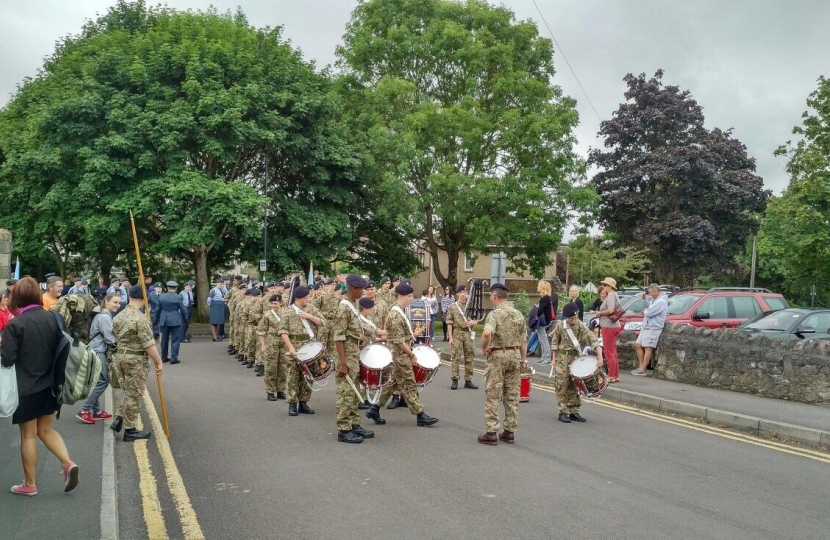 Jack actively participated in the day's catalogue of events by marching with veterans in a parade along Staple Hill High Street that ended with a drumhead ceremony, as well as helping on the Royal British Legion stall as part of his duties as Vice President of the Stoke Gifford branch. Other attractions included exhibitions of military vehicles, regimental bands and a performance by Bristol Military Wives Choir. Jack was particularly interested in the selection of historical weapons and vehicles on display and the knowledge the volunteers had about our military history.

Jack enjoyed meeting constituents throughout the day and was immensely proud to see such a fantastic turnout. He commented, "It is great to see that the sacrifice and dedication by military personnel ,veterans and their families isrecognised, honoured and celebrated in our area. We owe such a debt to all who serve our country to protect our freedoms and our way of life.

The constituency is a world renowned centre of excellence for defence manufacturing and military procurement. With MoD DE & S and companies such as Rolls Royce with a significant presence in our area."

Jack is a Veteran who served in Afghanistan during the Autumn/Winter of 2008-9. Jack was deployed to Helmand Province on Operation Herrick 9 as part of the 29 Commando RA and he has used his experience to serve on the Defence Select Committee in Parliament.

Armed Forces Day has been observed on the last Saturday of June since 2009 and this year a record 300 events were organised to honour our troops.