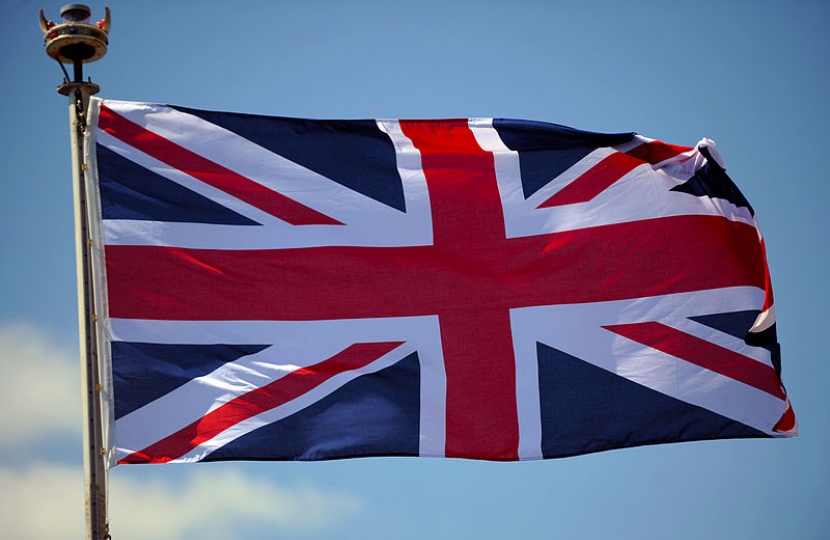 The celebrations of the triumph of freedom over tyranny will not be quite as intended before the world was overwhelmed by COVID-19. The street parties planned to celebrate the memory of victory in Europe will be rather different affairs to those perhaps envisaged by my numerous friends in the Royal British Legion. There will be a multitude of references to Britain today once again being at war, invocations of the Blitz spirit and comparisons of queues at shops and near curfews in our cities, towns and villages.

But I for one will not allow today’s crisis to deflect me from the memories and gratitude that successive generations owe to the young men and women of our country and our allies who sacrificed their youth, and in many cases their lives, in that greatest of all causes – freedom. We must never take for granted that we live in a free country and that freedom isn’t free.  If you were 18 on the 8th May 1945, VE Day, you will be 93 this weekend when we celebrate the 75th anniversary of the end of the World War II in Europe.

In 1939 our country had gone to war in support of allies and neighbours across Europe. The Poles, the French, the Dutch, the Belgians. We had gone to war in defence of freedom and to defeat one of the most evil and despotic regimes the world has ever witnessed – Hitler and the Nazis. Let’s not forget that it is only 3 weeks since we marked a different 75th anniversary – the liberation of Belsen concentration camp, an integral part of the massacre of 6 million Jews at the hands of a quite satanic regime.

The brave men of the 2nd Battalion of the Gloucestershire Regiment, historically depoted just down the road at Horfield Barracks , helped precipitate the end of the war in Europe when they landed on Gold Beach in Normandy in 1944 and fought their way through France, Belgium and Holland, entering Germany on VE day itself. Along the way they lost their gallant Commanding Officer, Lt Col Francis Butterworth, who at the age of 37 died of the wounds he sustained in battle.

As we know, the war came right to Filton itself. One of my earliest duties as your Member of Parliament, soon after I was elected in 2010, was to attend the memorial service at St Peters Church for the victims of the “Filton Blitz” of September 1940, when over 200 people were killed by a Luftwaffe raid on the airfield. The church served as a temporary mortuary that horrific day. At its peak some 50,000 people were employed in the war-time Bristol based aviation industry and RAF Filton was successively home to squadrons of Hurricanes and Spitfires.

The war in Europe may have ended 75 years ago this weekend with the German surrender on Luneburg Heath in northern Germany, but we must never forget that it came right to the very heart of our South Gloucestershire and Bristol community.

I hope you will join me this weekend in playing a part in the various remote celebrations being organised in our community. Aerospace Bristol are hosting a week-long virtual event to commemorate Filton’s contribution to the war effort, including activities to do at home. More information on this can be found at: https://aerospacebristol.org/at-home-with-aerospace-bristol.

But at 9pm on Friday evening, I will be standing in my garden in Almondsbury, singing along heartily with Dame Vera Lynne as she invokes the great spirit of 1945. And above all I will be raising my glass to the wonderful people of our great country and our allies, especially the United States of America, who during World War II put service before self and ensured that evil did not triumph.

To those who came back, to those who didn’t, I honour and thank you for your service and sacrifice.

In a debate today on Aviation Jack paid tribute to our fantastic local aerospace industry, and asked the Government to consider a scrappage scheme for old aircraft and flexibility on the use of the apprenticeship levy.