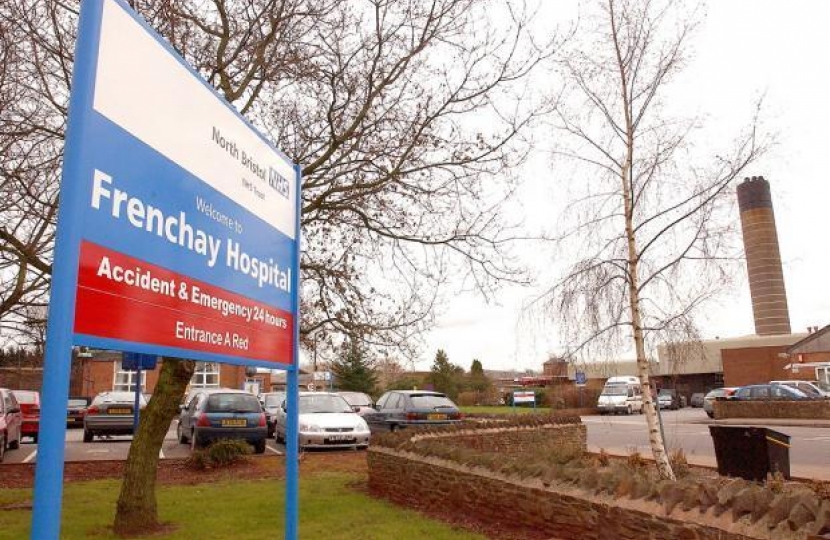 An NHS Trust has been criticised by the MPs for Kingswood, Filton and Bradley Stoke, and Thornbury and Yate for encouraging a planning application for new homes on a site reserved for the future Frenchay Community Hospital, which forms a key part of local NHS plans to bring rehabilitation and recovery care back into the community to relieve pressure from Southmead Hospital.

North Bristol NHS Trust revealed at today’s (17 January) South Gloucestershire Council Health Scrutiny Committee that it has been in discussion with Redrow Homes since the autumn last year about further homes on the former Frenchay Hospital site, prompting an outcry from conservative campaigners, councillors and residents.

The controversial Bristol Health Services Plan (BHSP), which was formulated under the then Labour government in 2006, agreed to downgrade Frenchay Hospital and to sell the majority of the site for housing – depriving South Gloucestershire of its acute hospital services.

However, promises were made to residents across South Gloucestershire at the time that the land was to be reserved for a community hospital, which is now in doubt due to Redrow’s application to use the land for new residential houses.

In parallel, the Clinical Commissioning Group are running a procurement exercise for the new community hospital, which aims to conclude in April following a significant delay.

“Labour’s disastrous Bristol Health Services Plan downgraded Frenchay Hospital, stripped it of its A&E and acute services and sold off the majority of the site leaving us with one small parcel of land for a ‘community hospital’.

We are deeply concerned by the decision of North Bristol NHS Trust to encourage Redrow Homes to build on land specifically set aside to ensure our communities get the Hospital it was promised, and especially as the CCG are in the middle of seeking the preferred builders for the scheme.

We urge the Trust and Redrow to withdraw the planning application and to get round the table, so we can ensure that what health land remains in Frenchay is used for the new health facilities we have been promised.”

“We will also be requesting a meeting with the Parliamentary Under Secretary of State for Public Health and Primary Care to bring this to his attention as well as writing to the North Bristol Trust’s Chief Executive Andrea Young to outline our concerns on behalf of residents."