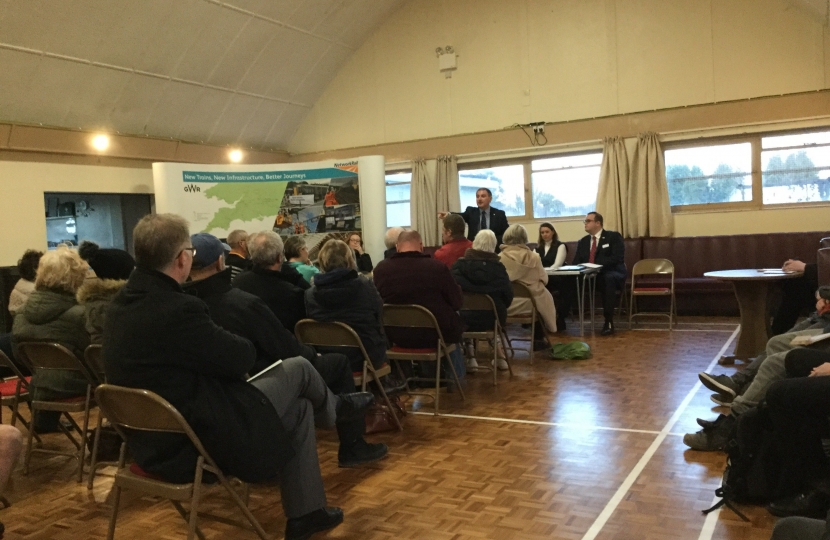 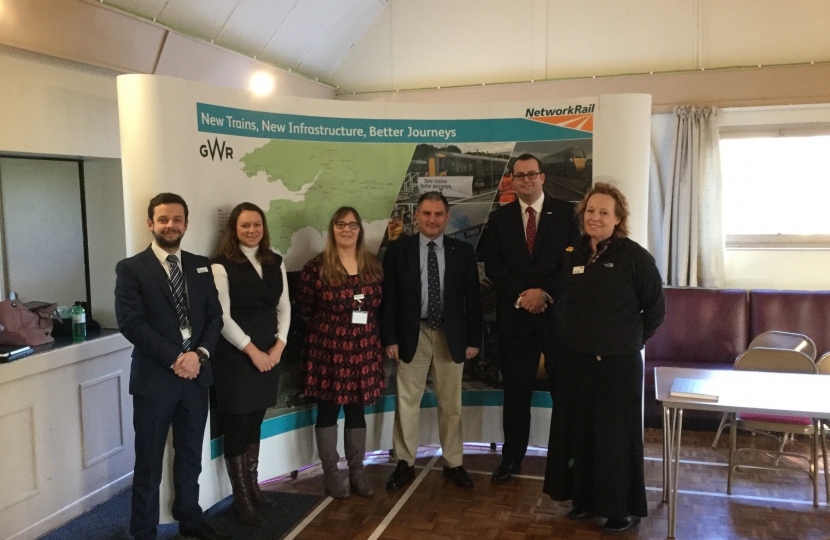 In response to a number of constituents who had contacted me about their growing discontent with the Severn Beach rail service, I arranged a public meeting to address the various issues. I invited representatives from GWR and Network Rail to attend as I wanted concerned constituents to be able to address and question the service providers directly.

I am pleased to say, that the meeting was extremely well attended, with more than 50 people joining the meeting and many important topics were presented to the panel.

In particular, GWR confirmed that they are aware of the problems in collecting passengers’ fares. They always attempt to collect fares, when possible – but reassured passengers that a lack of fares being bought does not mean that they do not realise how many people use the service. Independent head-counts are taken, and they remain fully committed to running the service.

Network Rail also announced that they have funds available to invest in branch lines that are well-used such as the Severn Beach line and this may enable them to improve the facilities at the station.

Another key aspect of the meeting was the poor service standards that residents regularly experience. Passengers reported trains running late, delayed or cancelled without notice – often leaving them stranded with long waits for the next service. GWR were able to explain some of the reasons behind these problems and how some events are beyond their control.
I was pleased to hear that they would fully investigate any concerns which passengers raise, and will work hard to improve the reliability of the service.

After an excellent meeting it was fantastic to see a commitment to hourly trains, improved customer service and investment for the future.