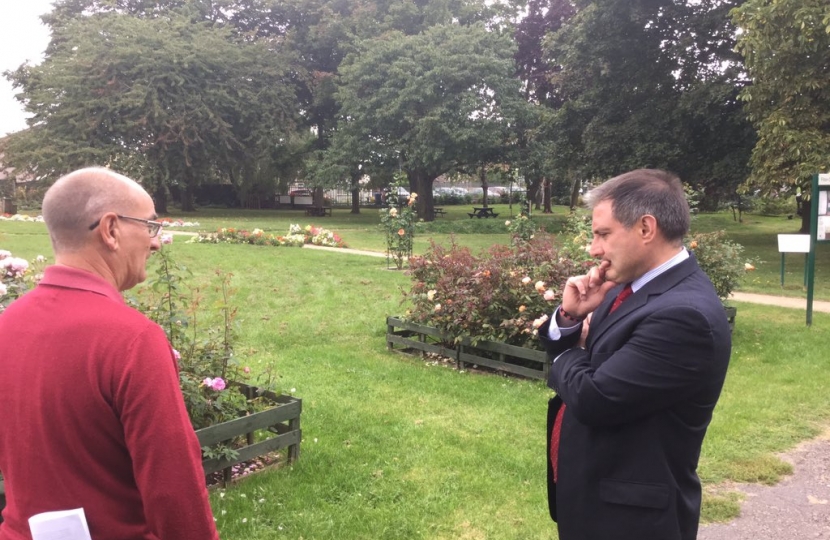 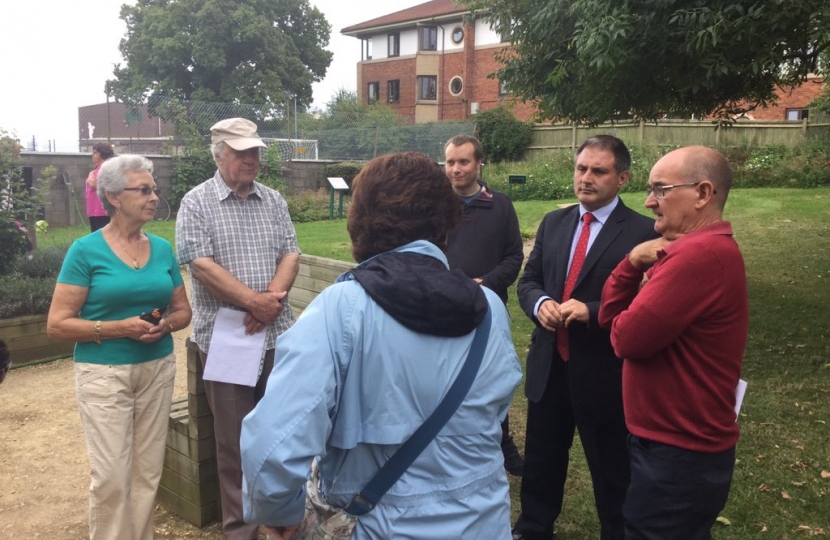 On  Tuesday, Jack visited Elm Park in Filton to see the progress that had been made since my last visit to the Community Garden. The Community Garden is currently under threat as a significant portion of the land has been earmarked for road expansion in South Gloucestershire Council’s Local Plan.

Jack recently wrote about his visit to the Community Garden in September's edition of the Filton Voice:

"At the end of August I had the pleasure of visiting Filton Community Garden within Elm Park. I had been contacted by several constituents, including Dave Mikkelson, about the recent threat to the garden and I wanted to catch up with the team of volunteers to see what progress had been made since my last over a year ago.

As some of you will be aware, in their recent council plan South Gloucestershire Council have allocated a large portion of the Community Garden as land that can be built on in the event that the nearby road requires expanding. Whilst I understand and support the need for infrastructure improvements to cope with the increased demand on our roads as more people drive and more jobs are brought to our area, I believe that South Gloucestershire Council could find an alternative location to alter the road system.

I will be writing a letter to South Gloucestershire Council raising concerns as well as expressing support for the team behind Filton Community Gardens and their campaign to protect the long term future of the gardens.

Despite my visit coming at a time when the garden is under threat, I would also like to highlight the work the amazing volunteers have done since my last visit to the gardens. The garden now features projects by schools, various local groups and has a thriving orchard making the gardens an excellent asset for the community. The hard work by all involved is amazing and I’d like to thank all of them for giving so much of their time.

I will be following the work of the Filton Community Garden organising committee closely over these next few crucial months, and urge everyone to sign their petition that will be handed to South Gloucestershire Council in October."