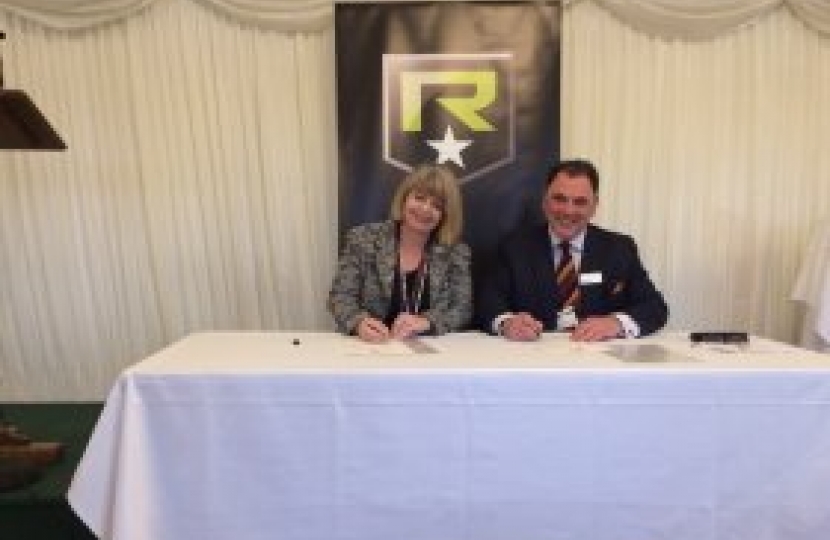 Jack Lopresti MP for Filton and Bradley Stoke organised for Revision Military UK to co-sign the Armed Forces Covenant with the Minister for Defence Procurement, Harriet Baldwin MP, in the House of Commons yesterday. Jack helped open Revision Military's UK headquarters in Bristol Business Park in his constituency in the autumn of 2015.

Revision Military is a manufacturer of Military and Law Enforcement Protective Equipment; current supplier to the British Army, Metropolitan Police and other UK Police Forces. 75% of Revision's UK based personnel are veterans of all three services, serving reservists or special constables, or spouses of veterans. Revision has significant numbers of US, Canadian and British veterans in its North American workforce.

Jack Lopresti MP said, "I am delighted that Revision Military UK have signed the Armed Forces Covenant which ensures that our serving armed forces personnel and our veterans suffer no disadvantage as a result of their service to our Country. In my view every business in the U.K. should sign it."

"I met with the CEO of Revision Military, Jonathan Blanshay, in June 2015 and I suggested Revision Military UK base their UK operation in my Constituency; and I was thrilled to help open their new office in Bristol Business Park in April last year. Revision Military's headwear and eye protection does protect a large number of our armed forces and some of the UK police forces."