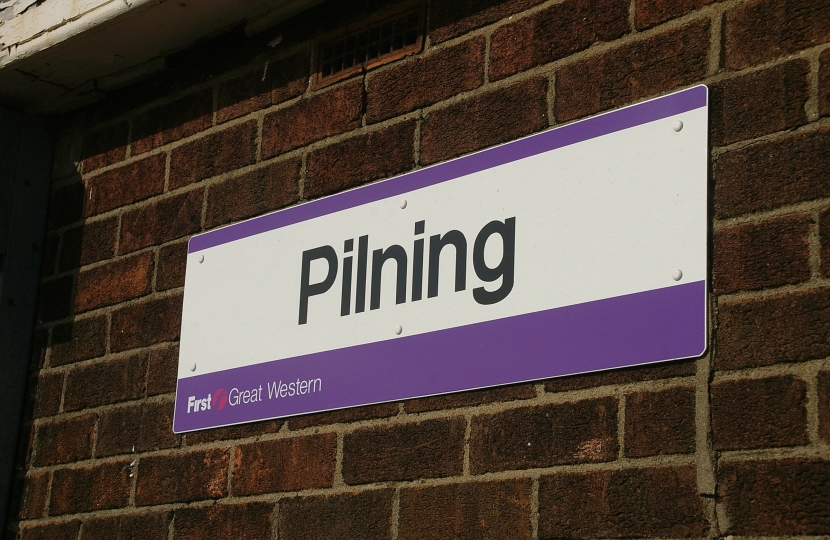 Jack has held two meetings recently about Pilning Railway Station. The first of these was with campaign group Friends of Suburban Bristol Railways, before he met Rail Minister Paul Maynard MP.

Pilning Station has been in the news recently due to the decision not to replace the footbridge during electrification of the mainline between Bristol and South Wales. This will mean that the westbound platform is now out of use resulting in a diversion via Severn Tunnel Junction to catch a return service to Pilning.

Friends of Suburban Bristol Railways have been campaigning for some time to save current services at the station. They made Jack aware of their concerns that if the bridge is removed it could result in the run down of the station, to the point where it will eventually be closed by Network Rail. FOSBR feel that the station has great potential to serve the growing employment centres on Severnside, as well as being a possible location for a park and ride at some time in the future.

Jack said 'following my meeting with Friends of Suburban Bristol Railways I had an interesting meeting last week with the Minister for Transport responsible for Railways, Paul Maynard MP, about Pilning and Severn Beach Railway stations. The Minister has promised to respond formally on the issue of the replacement of the footbridge at Pilning Station. I made the case strongly that both Pilning and Severn Beach Stations need investment as vital parts of our local transport infrastructure. I have invited the Railway's Minister to visit so that he can see the importance of both stations himself.'

Photo by Matt Buck, used under licence, originally from here.