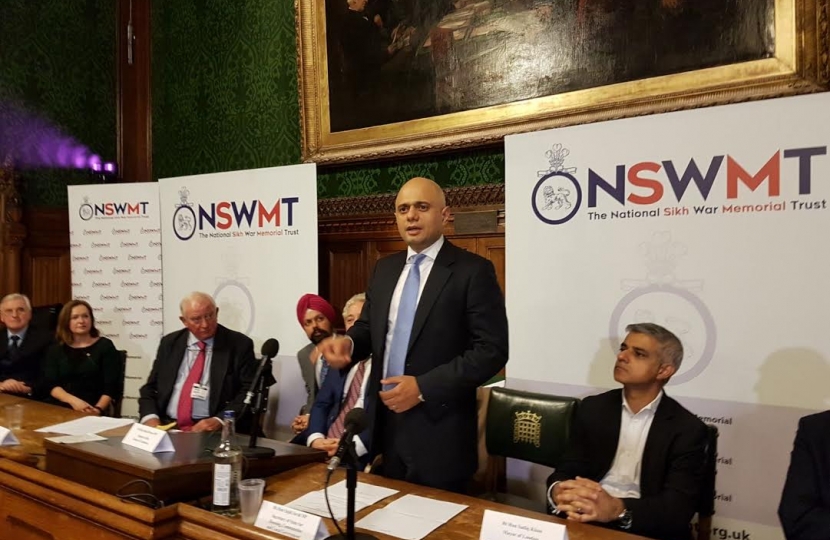 Last week, I attended the Parliamentary launch of a campaign for a National Sikh War Memorial to honour the extraordinary bravery and sacrifices of Sikh soldiers in the service of Great Britain. It is only right that there should be a permanent national monument commemorating the 83,000 Sikh soldiers who laid down their lives during both World Wars.

It is interesting to note that despite Sikhs only making up 2% of the population of British India, they formed 20% of the British Indian Army during the First World War. This service shows that Sikhs were willing to make the ultimate sacrifice for the freedom of our country and it is now our responsibility to honour that.

Sajid Javid MP, Secretary of State for Housing, Communities and Local Government, confirmed Government support of a National Sikh War Memorial saying, “We are indebted to all those servicemen who volunteered to serve and fought to defend the freedoms we enjoy today. That’s why a Sikh war memorial in our nation’s capital will honour their sacrifice and ensure that this part of our shared history is never forgotten. So I’m delighted to get behind this campaign and ensure its success”