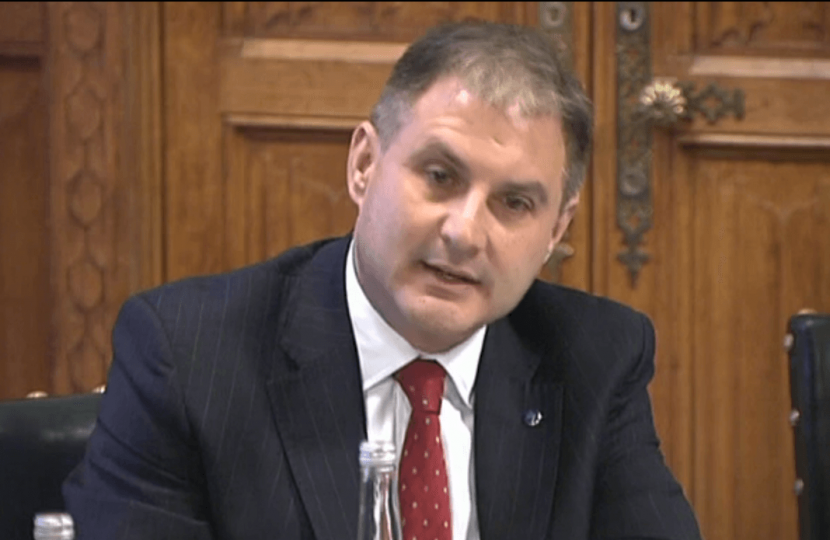 Manufacturing NI is a campaigning organisation which works with member companies, workforce representatives, policymakers and regulators encourage change in areas which impact on the cost of doing business, specifically rates, energy and labour. It was important for the committee to hear their views as Bombardier have recently experienced some difficulty and it is in the interest of the British economy that any issues are addressed.

One issue that I addressed in my questions was the claim Bombardier have been selling aircraft at below cost price. If true, I think it’s irresponsible of Bombardier to put jobs at risk by cutting profits during an unstable period for the company and considering the complexity of trading aircraft internationally.

Further to this, I enquired about how much more money Bombardier would need from tax payers as part of their business strategy, having received £113million in tax payers' money so far for their C Series programme. Manufacturing NI believed that Bombardier would not need any further direct financial support and stated that Bombardier want to contribute to the Treasury as business improves. Hopefully recent news that Bombardier have been awarded the contract to develop and manufacture a new engine component for Airbus's A320neo series of aircraft will bring the long term stability the company needs.