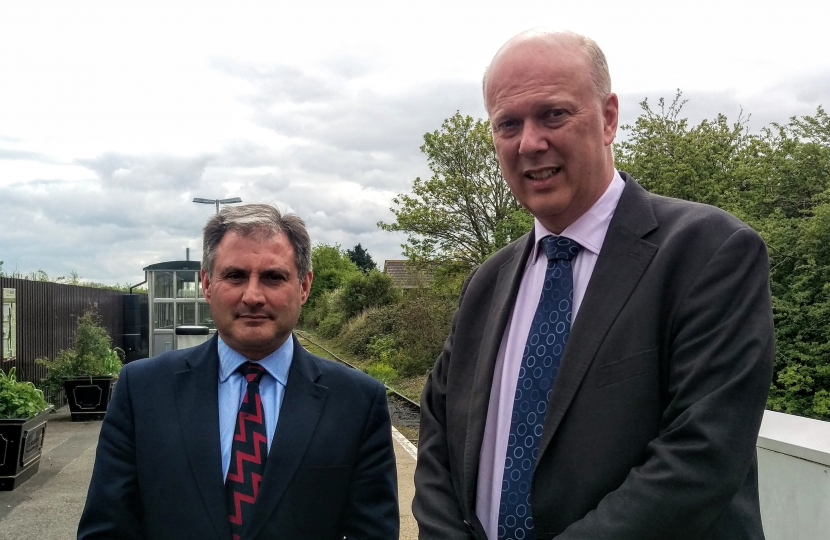 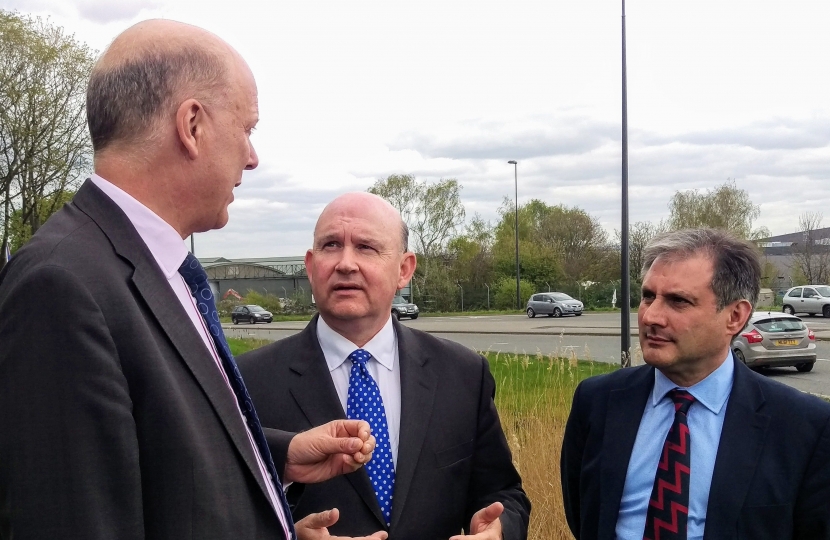 Chris met Jack and Tim at the former Filton Airfield, a 350-acre brownfield site which is due to be redeveloped, and the proposed North Filton railway station.

The airfield, which closed in 2012, is set to be replaced by 2,675 new homes, 62 acres of employment land, three schools, a care home, a community centre, recreational space and other facilities.

Jack has been an enthusiastic supporter of the redevelopment since the airfield closed. Both he and TIm are pressing for improved transport infrastructure to serve the site and the wider area, including a new station for North Filton.

The former North Filton station, which closed to the public in 1964, is due to be reopened as part of the new MetroWest passenger service linking Bristol Temple Meads and Henbury.

They then went to Severn Beach to talk about improvements to services linking the town and the centre of Bristol and the potential for regeneration that better rail links could support.

Jack said: "A new railway station in Filton with a regular and reliable train service across the constituency, including at Severn Beach, would transform the lives of residents and commuters, while reducing congestion on our roads, improving air quality and providing a massive boost to the local economy.

"Working alongside Tim as Mayor and as part of a strong team of Conservative MPs, councillors and council leaders, we can really drive forward and deliver on the transport projects, infrastructure and networks we need locally."

Tim said: "Improving the local transport network is one of my top priorities.

"Having the right transport infrastructure is vital for the local economy and if elected I will continue to work closely with the strong team of Conservatives locally, the government, councils and others to push forward schemes like North Filton railway station.

"I am also keen to bring brownfield sites like Filton Airfield back into good use, including by providing much-needed new homes and jobs for local people."

"Today I've also been impressed by Tim's vision to upgrade transport infrastructure across the West of England.

"Tim is the strong voice for the West of England. As Mayor he would play a key role in improving the local transport network for the benefit of everyone, in line with our Plan for Britain."