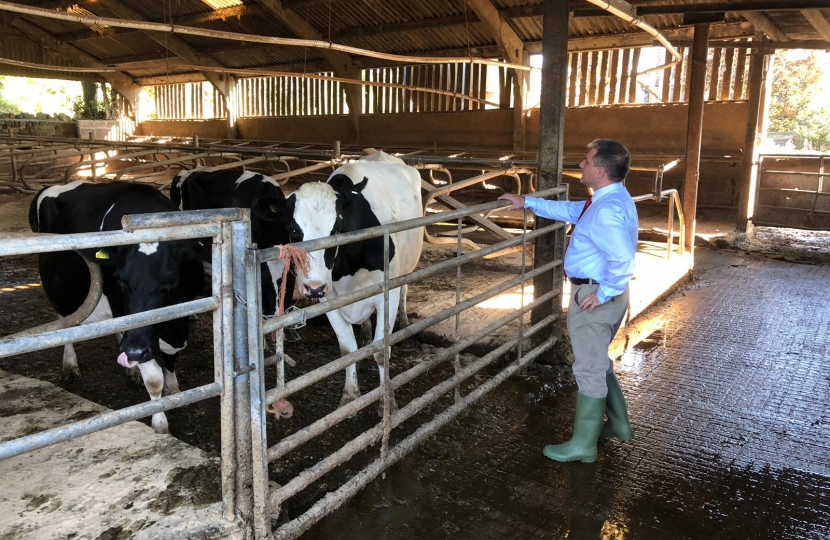 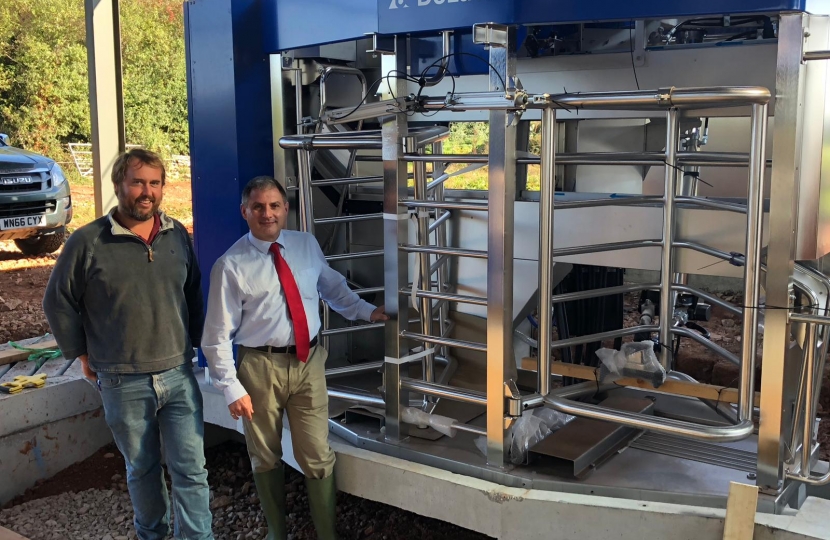 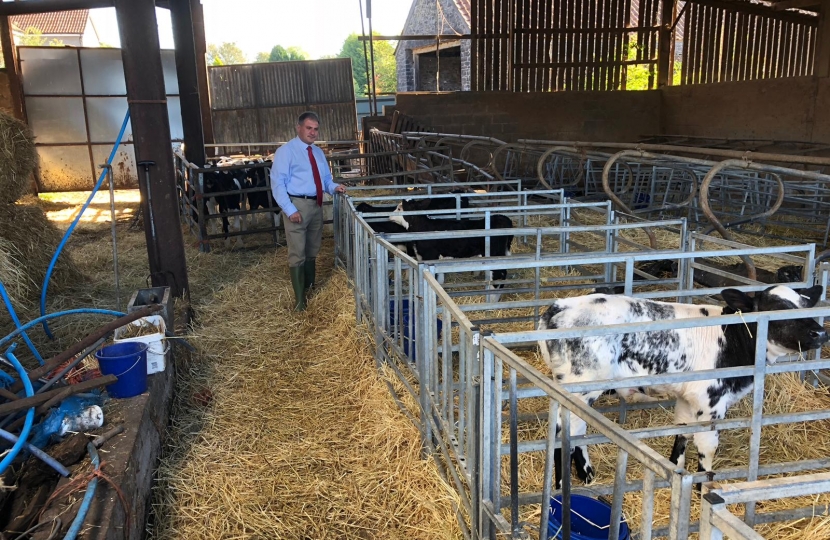 Jack Lopresti has visited a South Gloucestershire farmer, Will Grey, in Tytherington alongside the National Farmers Union's Will Frazer. Will, whose farm has been run by his family for generations, has invested in innovative new technology with a state of the art new milking parlour that will revolutionise his farming practices.

A major topic discussed was the Community Infrastructure Levy (CIL), that Will had to pay as part of his new investment. The CIL is a planning charge used as a tool for local authorities in England and Wales to help deliver infrastructure to support development and is payable on projects that create net additional floor space. South Gloucestershire Council is the only local authority in the South West that does not have an exemption for agricultural developments, harming development and investment in the agricultural sector.

Jack said, "It was great to see a farm that has been run by the same family for generations and to witness both traditional practices, as well as discuss new innovative technology that Will has invested in. I wish Will and his family the best of luck with their new project. I will be writing to South Gloucestershire Council and the Secretary of State for Environment, Food and Rurual Affairs, to express my support for the NFU's campaign for an Agricultural exemption for the Community Infrastructure Levy, bringing them in line with other South West local authorities."