Jack supports campaign to end the prosecution of veterans 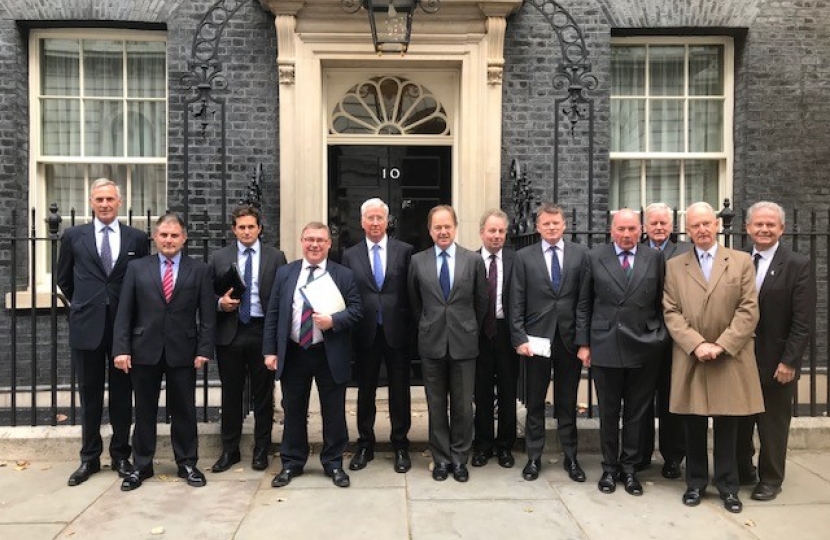 Jack has supported a letter, signed by over 150 MPs and Peers, to the Prime Minister, Theresa May, that calls for an end to the witch-hunt of our veterans who previously served in Northern Ireland.

The letter, which was delivered to Downing Street by a number of parliamentarians, many with military experience, called for 'lasting legal protection for our Armed Services and Security Personnel, wherever and whenever they served'.

It calls upon the Prime Minister, the Secretary of State for Defence, the Secretary of State for Northern Ireland, and the Attorney General to find a lasting solution. This comes on the back of Northern Ireland veterans who have already been investigated and cleared, being reinvestigated over actions decades prior. Many of those veterans involved have dementia, other serious illnesses, or are in their 80s.

Jack said, "The current process of investigating, and then reinvestigating veterans for incidents which were investigated at the time, must stop. These veterans have bravely served their country, and we must defend those who defend this nation, whether that be in Northern Ireland, Afghanistan, Iraq, or any other conflict from unscrupulous investigations. With over 300,000 former service and security personnel from all parts of the UK having served in Northern Ireland, Afghanistan, or Iraq, there must be protection to cover veterans, with investigations being conducted in the same way throughout the whole United Kingdom.  I will continue to work with colleagues across Government to help find a solution."