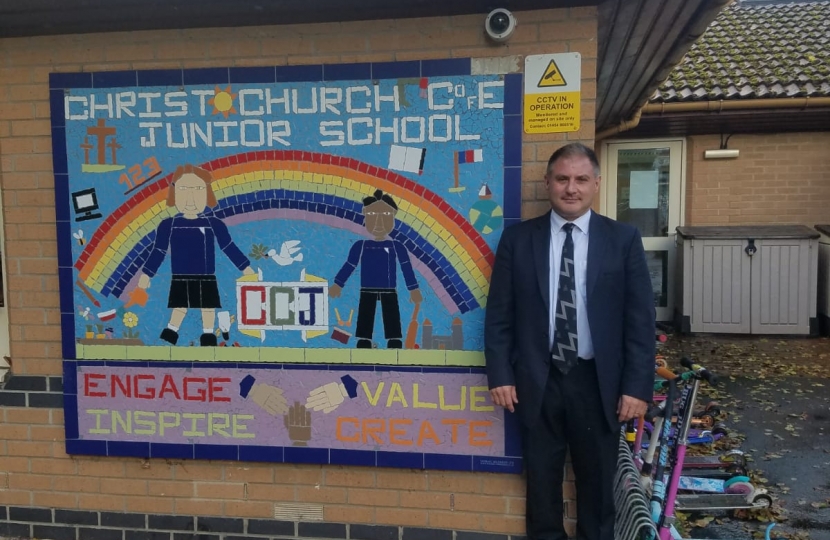 More children across our area will be able to access a good education locally thanks to a major funding boost.

This funding follows the Prime Minister’s announcement in August that the budget for schools would be increased by a total of over £14 billion over three years, rising to £52.2 billion by 2022-23. Schools and local authorities will today find out how the first part of that investment - £2.6 billion - will be allocated for the coming year.  Locally this will mean our 13,549 pupils will be receiving a total education budget of approx. £3.1 million.

The extra money, available from April, will ensure that per-pupil funding for all schools can rise at least in line with inflation and will deliver promised gains in full for areas which have been historically under-funded.

Jack Lopresti said “Every child in South Gloucestershire deserves the best possible start in life – regardless of their background, individual circumstances or where they live”.

The Government has confirmed local schools will receive 5.25% more funding per pupil next year as part of the recent multi-billion investment in primary and secondary education.

Jack said “The 5.25% per pupil funding boost next year will mean that every school in our area will receive a budget increase, giving pupils, parents and teachers the certainty to plan and to boost the standards in our schools”.

“This new funding will also target those schools most in need of support, making sure that every parent can be confident their children are getting a world class education”.

“I have met with Ministers in a local school and in Westminster to press the need for improved education funding.  Through my role as Deputy Chairman of the APPG for Education and as a strong supporter of the ‘f40 Campaign’, I have worked with many others to build a better education system which can be a great enabler of social mobility and aspiration.”