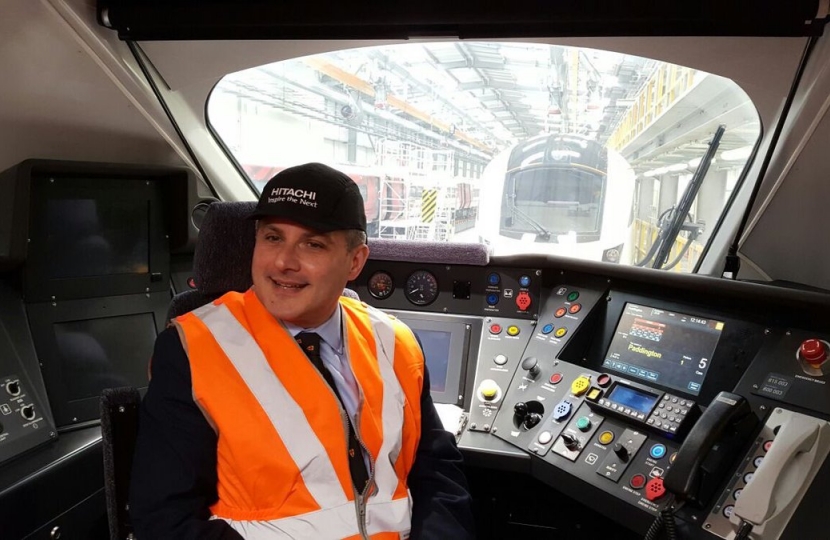 Last week Jack was given a tour, along with local councillors and members of the Department of Transport, of the Hitachi Depot in Stoke Gifford.

Stoke Gifford was originally designed solely to maintain electric trains, but since recent announcements about the delayed electrification programme on the Great Western Main line, the depot has now been modified to allow the maintenance of diesel trains as well.

Jack asked about local job opportunities, apprenticeships and engagement with the University technical College at Stoke Gifford. Jack also asked about was being done about noise mitigation and was pleased to hear that Hitachi was engaging with the Local councillors and the local community and was assured that Hitachi had already taken the steps needed to mitigate the extra noise caused by diesel engines.

Jack then had a chance to see the new GWR Hitachi trains which have extra luggage space and leg room.

Jack Lopresti MP said "I was very impressed by the state of the art technology in the depot and the fantastic new trains. A very interesting visit. I was reassured by the steps that have been taken to mitigate noise pollution."