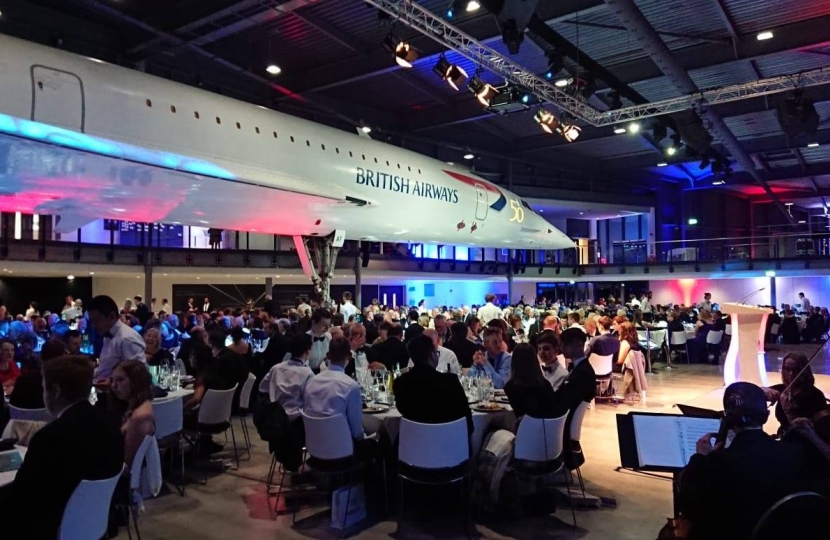 This morning at questions to the Digital, Culture, Media and Sport, Filton and Bradley Stoke MP Jack Lopresti asked Minister Nigel Huddleston that the Aerospace Bristol museum in Filton be given a fair hearing in its application for the second round of Culture Recovery Fund support.

The museum previously received £514,000 in the first round, which secured its position in 2020. It is now hoping to be awarded further funding in 2021, to help them open later in the spring. Jack has been an enthusiastic supporter of the museum since it opened in 2017 and is a Vice Patron.

Aerospace Bristol in my constituency is very grateful for the support it received from their successful bid during the first round of the Culture Recovery Fund, which was in excess of £500,000. Like many other museums, they will continue to need revenue support until they can reopen.

Can my Honourable Friend reassure me that the current bid by Aerospace Bristol to round two of the Fund will be given a sympathetic hearing?

I was very pleased that the excellent Aerospace Museum in his constituency received money from the Culture Recovery Fund in the first round. It’s a wonderful showcase of world-class British engineering and I can confirm that organisations in receipt of grant funding in the first round of the CRF were eligible to apply to the second round, and I am sure that Aerospace Bristol museum will get a fair hearing as he requests.

It’s important to say that all decisions on CRF grants are made by our independent arms-length bodies, who are committed to a transparent and robust decision-making process.

As Vice Patron I have always been a strong supporter of Aerospace Bristol.

This brilliant facility not only pays homage to the many achievements of the past. It is also a leading-edge STEM learning centre that will help inspire the next generation of engineers and scientists.

I was delighted when they received such generous support from the Culture Recovery Fund last year and I hope that a successful application this time around will allow them to build towards reopening when it is safe to do so.

Aerospace Bristol was delighted to receive support in round one of the DCMS Culture Recovery Fund and is hopeful of further vital funding in round two to help the museum open and transition through April and June.

We are grateful to Jack for his tremendous support through this period and for raising our bid with the Minister in the House.

We are very much looking forward to once again welcoming visitors and schools to enjoy all that the museum has to offer.

You can watch Jack's question here.