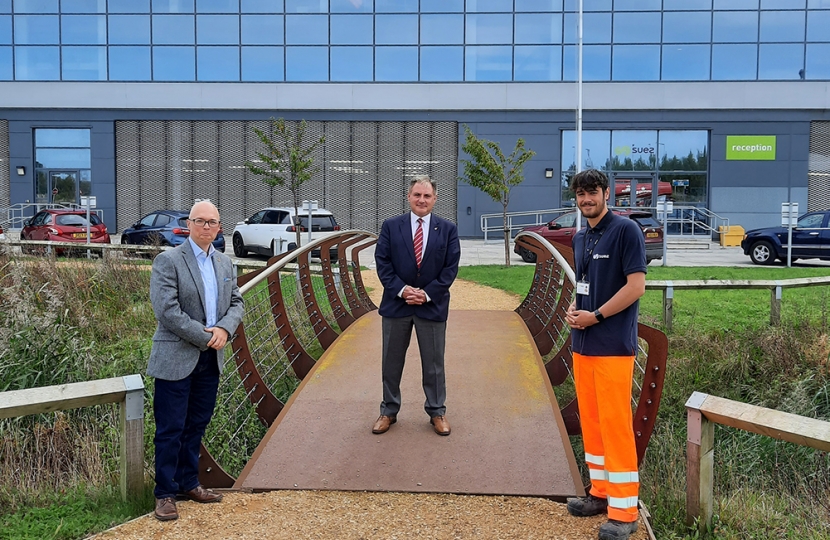 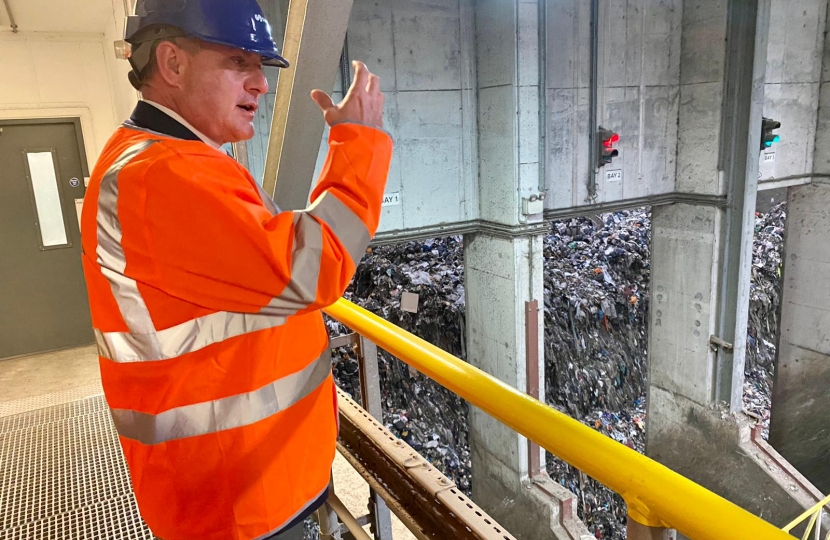 Filton and Bradley Stoke MP Jack Lopresti today went to Severn Beach to visit the Suez UK recycling facility on Severnside. The site, which opened in 2016, forms the core part of the waste management company’s Public Private Partnership (PPP) contract with the West London Waste Authority and is part of a £760 million 25-year contract to recover energy from west London’s residual waste which was signed in 2013.

During the visit, Jack met Suez's External Affairs Director, Dr Adam Read, Site Manager Stephen Fisher and Apprentice Sam. They discussed the value of apprenticeships to businesses like Suez, and the positive impact they can have on the lives of people of all ages looking to earn while they learn and gain skills on the job.

However, they also touched on the challenges of making sure that especially young people are aware of the opportunities posed by apprenticeships, and how they can become more well-known in schools, colleges and universities.

Stephen and Sam also gave Jack a tour of the site, to see the work that is done there.

As Co-Chair of the APPG on Apprenticeships, I always love going to visit employers both locally and nationally to find out about the great work they are doing with apprentices.

t's an incredible facility and I was very grateful to the whole team, and especially Sam, for showing me around and talking about their experiences, which will help to inform my work in Parliament and in our area.

Today Jack Lopresti MP, as Co-Chair of the All Party Parliamentary Group (APPG) on Apprenticeships, held an inquiry session which was the part of the inquiry into the Ministry of Defence (MoD).