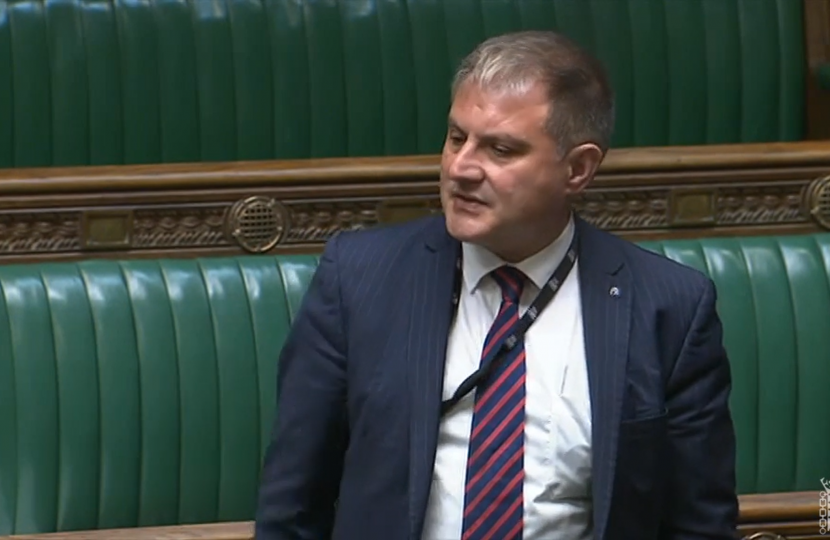 Filton and Bradley Stoke MP Jack Lopresti spoke in Parliament today in the debate on the Data Breach in relation to ARAP (Afghan Relocations and Assistance Policy) applications in Afghanistan. The ARAP scheme was launched in April 2021 to relocate Locally Employed Staff in Afghanistan.

Jack, who served with the Armed Forces in Afghanistan himself, has long been an advocate for Afghan people who supported British troops in combat.

During the current crisis, Jack's office team have been working hard to help constituents and their families who are currently in Afghanistan to make an escape.

Our nation owes a huge debt of gratitude and honour to the people who helped our forces when they were deployed for 20 years in Afghanistan. Can my right hon. Friend confirm that the offer to relocate and assist in bringing them back is open-ended, and we will do whatever we can, even if it takes years to do it, to open up and offer that assistance and help?

The Secretary of State for Defence, Ben Wallace replied:

Yes, the ARAP scheme is open-ended. It will continue and it is an obligation we will stand by. I suspect that, given the nature of that part of the world, people will come through in dribs and drabs. We may find that in four and five years’ time, people come across the border. There is also a challenge when we have the principal in the UK though their families, who are not British citizens, are in Afghanistan. They are eligible; they will be able to come forward. We have to make sure that they are managed. I am hopeful that they are at lesser risk than the principals, because they are often the women and children, but that does not mean to say that we should not have the same urgency and anxiousness for their safety.