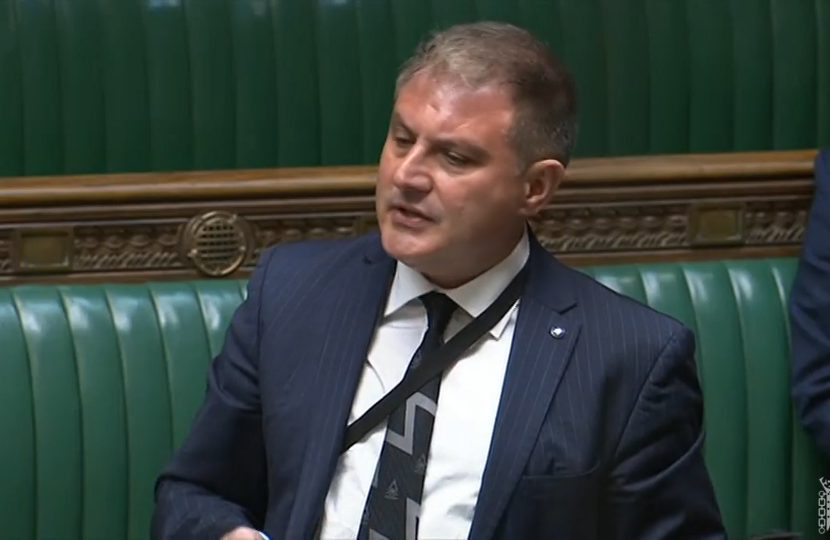 Jack Lopresti MP today spoke up in Parliament about Chinooks. The Chinook is a very versatile and capable support helicopter. The UK operates 60 Chinook twin-rotor aircraft, based at RAF Odiham in Hampshire. A Chinook can carry up to 54 troops or 10 tonnes of cargo. It is primarily used for troop and load carrying but performs a crucial secondary casualty evacuation role.

The government recently announced that there will be an investment of almost £400 million to enhance the capabilities of two of the RAF's vital assests, the C-17 Globemaster aircraft and the CH-47 Chinook helicopter. Jack Lopresti asked a question to the Minister of State for Defence Procurement, Jeremy Quin, specifically about whether we can continue to undertake complex operations where C-17 transport aircraft can continue to play a key role, just as we did recently in Afghanistan. Defence Minister Jeremy Quin confirmed that it would continue to play a key role and mentioned how he had visited our area where he saw first hand the great skills in our defence sector.

My hon. Friend has already referred to the great economic benefits resulting from the £400 million investment in enhancing C-17 Chinook capability, but does he agree that it will also help us to ensure that we can continue to undertake complex operations like the recent withdrawal from Afghanistan, where C-17 transport aircraft played a key role?

Absolutely; it did play a key role. It is a very valuable asset, alongside others, including the A400M, which also has a connection with my hon. Friend’s constituency. I have visited his constituency, where there are great skills in the defence sector. I was delighted to make that announcement and I am delighted to see that investment going into that part of our country.