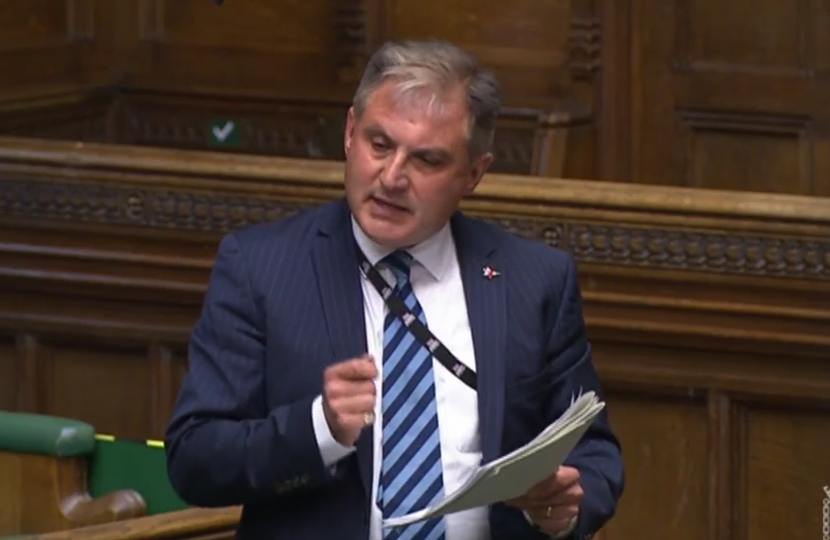 Today in the House of Commons, Filton and Bradley Stoke MP Jack Lopresti cautiously welcomed the Government's plans for a new Planning Bill, while calling for more bold and decisive action to tackle the housing crisis.

With properties skyrocketing and housebuilding at disappointingly low levels, the Government needs to do more to secure people's homes and futures by being ambitious with it's plans for housebuilding. Jack spoke passionately of his personal motivations for supporting this, calling back to the 1951 Conservative manifesto that put housing at its heart.

The Filton and Bradley Stoke constituency has always been a hub for building new homes, and will continue to be so with the Brabazon development on Filton airfield. Jack will continue to push for more houses, to give everyone the best chance possible in life.

You can watch the speech back here, and read the text below.

The crisis of unaffordable housing is shredding our social contract. What are we actually offering some of our young people today—£50,000-worth of student debt and a room in a shared house, if they are lucky? In the new town of Charlton Hayes in my south-west constituency of Filton and Bradley Stoke, a new build three-bedroom terraced house now costs more than £330,000. In 1995, the average house price in my constituency was £53,000, which was approximately 2.75 times the average annual salary. Now the average house price is about £293,000, which is more than nine times the average salary. Of course I welcome the Government’s commitment to build 300,000 new homes a year by the mid-2020s, but it does not go far enough; we need to be bolder and more ambitious.

Shelter has said that we will need 2 million more social homes in 10 years to match the growing need. I welcome the £12 billion of investment in affordable housing over the next five years, and the unlocking of £38 billion of public and private affordable housing investment. Moves to speed up the planning process will also help, but the manifesto on which my party fought and won the 1951 general election stated:

“Housing is the first of the social services. It is also one of the keys to increased productivity. Work, family life, health and education are all undermined by overcrowded homes. Therefore a Conservative and Unionist Government will give housing a priority second only to national defence.”

I could not agree more.

At the launch of our 2015 manifesto, David Cameron said that

“Conservatives have committed to building a property-owning democracy for generations”.

However, analysis by the Centre for Policy Studies shows that in the decade following 2010, the fewest new houses were built in England since the second world war. The same could have been said for the 2000s, the 1990s and probably every decade before that for the past half-century. The inability of Governments of all political persuasions in the past few decades to address the housing crisis means that the simple laws of supply and demand push house prices even further.

I have to say that too many colleagues across the House have made a virtue of opposing much needed housing development anywhere in their own areas. How many hon. Members churn out leaflet after leaflet making pronouncements that we need affordable local homes for local people, but then oppose just about every single planning application in their constituencies, using excuses like, “They’re the wrong type of houses” or “They’re in the wrong place”?

In the post-war era, Britain faced a similar housing crisis and a Conservative Government solved it. Harold Macmillan oversaw a programme that built 2.8 million homes in the 1950s and 3.6 million in the 1960s. That is the sort of ambition that we should have today.