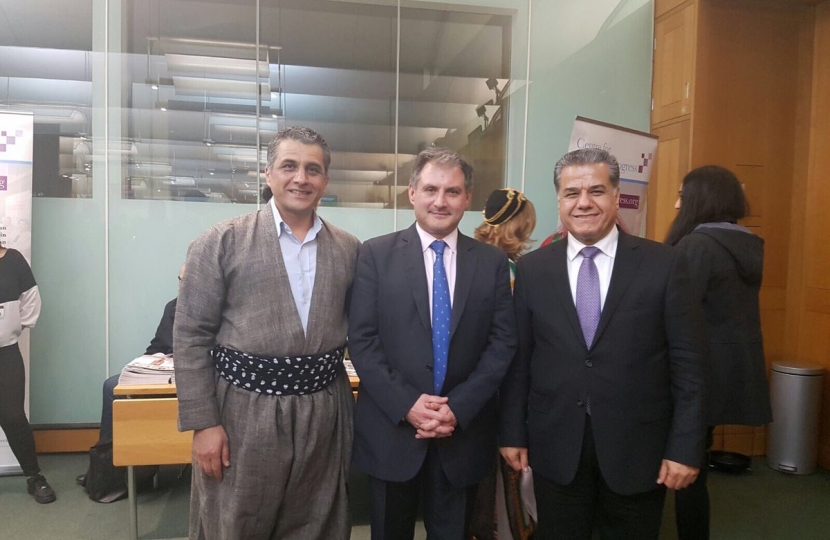 With the debates in the House of Commons resuming, Jack Lopresti MP has started to take on more responsibilities for the next Parliament. He has been elected as Chairman of the All Party Parliamentary Group on Kurdistan, a role he is very excited about getting to grips with.

Jack has visited Kurdistan in 2015 and 2016 and he believes it is a region that defies all expectations. Jack has great hopes for what Kurdistan could achieve and he is passionate that a positive and productive relationship of cooperation between the British and Kurdish people is the cornerstone to progress.

The next pivotal moment in the history of Kurdistan is due on September 25th when the Kurdish people will go to the polls in a referendum on whether to remain part of Iraq or to become an independent nation. A clear vote by the people for self-determination will be crucial if Kurdistan is ever going to become an established country. With that in mind, Jack is hopeful that the APPG could organise observers to monitor these elections to ensure that voting is conducted in a fair manner.

Jack is pleased also to announce that the APPG has already had its first success after he applied for a Westminster Hall debate and managed to secure one on July 4. This will be the first debate on Kurdistan since 2014, which is before ISIS made gains in the region and Iraq cut off funding to the region. He looks forward to being joined by colleagues from across the House to discuss how we can help our allies and friends in Kurdistan as a strong Kurdistan is in our best interests.

As Parliament progresses Jack hopes to announce more developments and success stories from the APPG, and he will continue to proudly promote and fight for the rights of Kurdistan