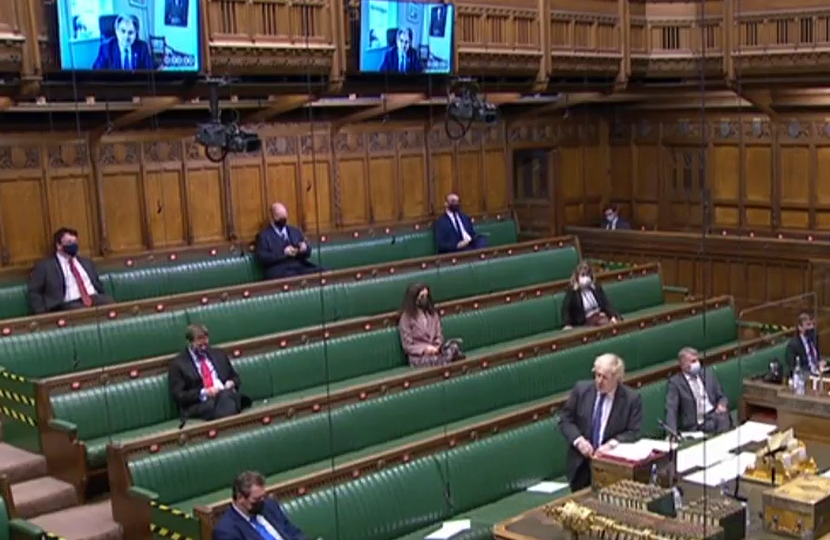 If successful, the Great Western Freeport has the potential to create tens of thousands of skilled jobs and put rocket boosters under the region’s economy. Jack has been very supportive of the bid and has written to the Chancellor to press for its selection in the Budget on 3rd March. If successful, the freeport would stimulate funding for infrastructure improvements to level up local communities and increase employment opportunities.

My Right Honourable Friend will recall from his visit in 2019 that the Port of Bristol will make an excellent location for a Great Western Freeport, and the West of England Mayor Tim Bowles has submitted a bid which could create 50,000 jobs in the region.

Will the Prime Minister back our bid and agree with me that with house prices in the West of England sitting at nine times average earnings, we need a home-building revolution to provide much more affordable housing for our young people as we build back better?

I want to thank Tim Bowles, Mayor of the West of England, for everything that he has done as he stands down. We intend to help build on his legacy with a massive homebuilding and home ownership program across the country.

I’m really pleased to support the Great Western Freeport and to bring our bid to the Prime Minister’s attention in the House of Commons today. The Prime Minister has huge enthusiasm for housebuilding, which is absolutely key for bringing down house prices and creating more affordable homes, so more of our young people can take their first step on the housing ladder.