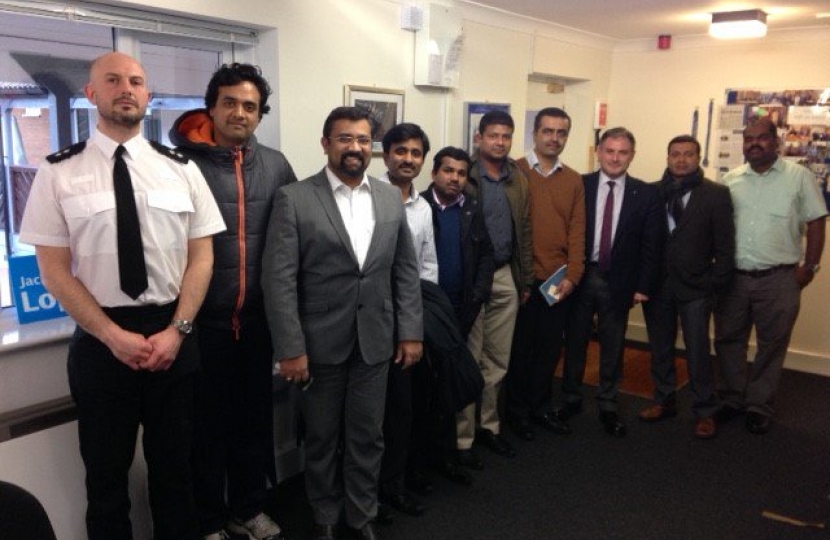 Jack Lopresti MP today met residents and Avon and Somerset Police Inspector Clive Summerill to discuss the high number of burglaries that have taken place in Bradley Stoke and surrounding areas in recent months. Concern has been expressed that families who may own gold jewellery have been targeted.

Inspector Summerill was able to hear about some of the fears that residents have that their properties may be in danger of being burgled. He was able to give them some background to the form that the burglaries are taking, that organised groups are finding properties to burgle before a different group carries out the break-in. He was also able to let them know that the police have made some arrests, with some of those arrested currently on remand. Ideas on how to combat these crimes were discussed, and Inspector Summerill was able to give crime prevention advice to those present.

'I was very pleased to be able to bring the residents who have contacted me about these crimes together with the police,' commented Jack. 'These crimes are a concern to large numbers of my constituents and I hope that we were able to provide some reassurance that the police are doing all they can to combat the problem. I have written to the Minister with responsibility for Policing to ask him whether the National Crime Agency can become involved and for there to be a national strategy in place.

Jack is pictured with Inspector Summerill and constituents who were present at the meeting.