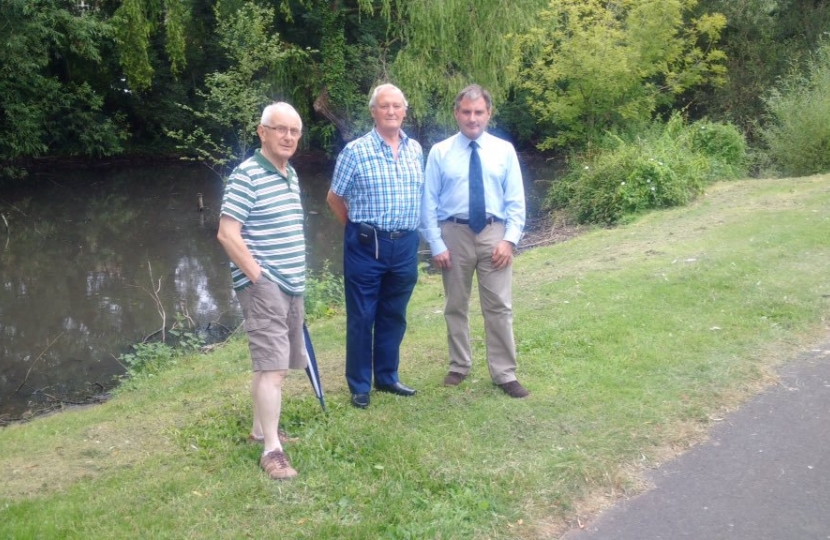 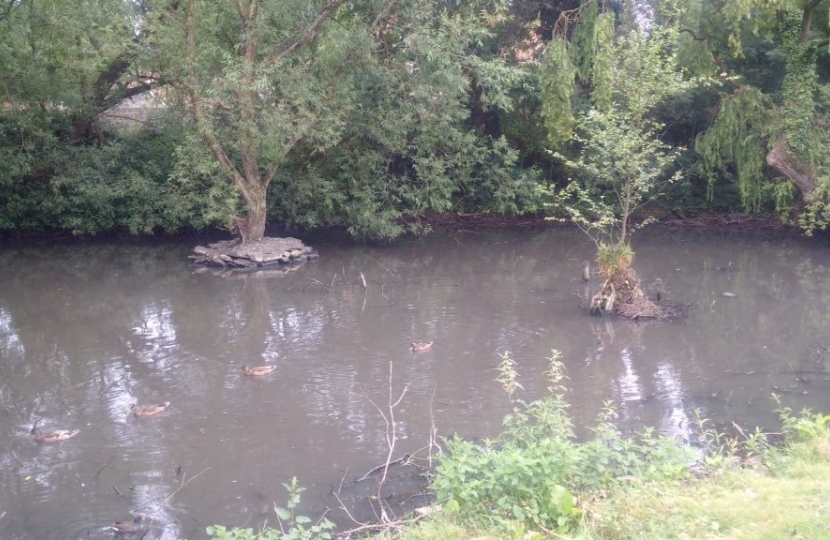 Jack has paid a visit to the pond in Frenchay that is at the centre of controversy following the submitting of a planning application to build a log cabin on it. He is pictured with local residents Bob Woodward OBE and Chris Dagger.

The pond is a community asset for the people of Frenchay and residents would like to see it protected rather than built on. There is a lot of wildlife at the pond, including ducks, moorhen, heron, newts, frogs and toads, and it is regularly visited by young and old residents. Sadly the application makes no mention of this wildlife and would see the removal of their habitat.

There have been a lot of objections to the application submitted to South Gloucestershire Council and Jack has written to the Council asking them to make sure these views are taken into account in the decision making process. Several residents have expressed a desire to see a wildlife survey conducted at the pond, and Jack has written to Avon Wildlife Trust asking them to help make this happen. He has also written to Communities and Local Government Minister Gavin Barwell MP asking for guidance on compulsory purchase rights that local authorities have.

'I am very concerned at this development in the heart of Frenchay,' commented Jack. 'If approved by South Gloucestershire Council it will destroy a fantastic community asset in Frenchay and remove a link with the area's historic rural past. The views of Frenchay residents must be considered and fully taken on board when making any decision on the village ponds future.'‎