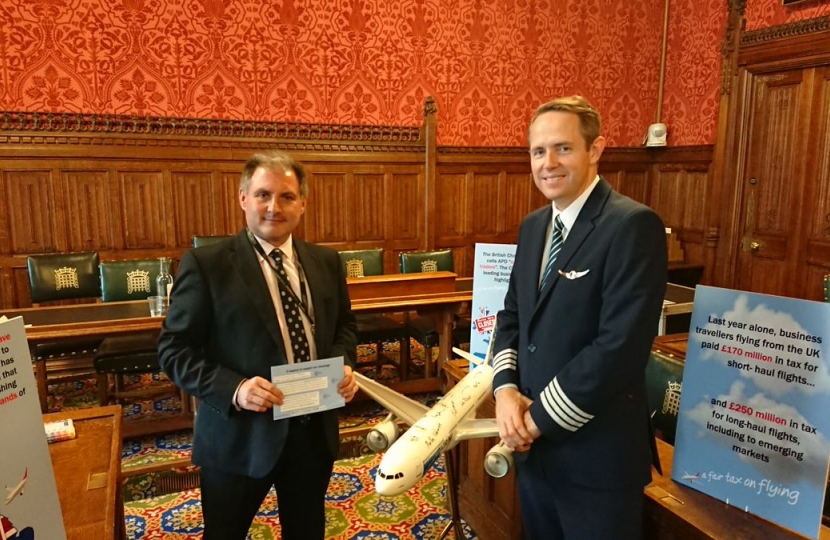 On Wednesday, Jack met with representatives from the Fair Tax on Flying campaign to push for a cut in Air Passenger Duty (APD) in the Autumn Statement.

Britain currently has the highest tax in Europe and one of the highest globally, but as we leave the European Union Jack believes that we need to be as competitive as possible and by making ourselves as open as possible to the world via the air is an important part of this. Travel and tourism is one of the UK economy’s most vibrant, diverse and valuable industries, contributing a staggering £127 billion to GDP annually and sustaining over 3 million UK jobs. With 72% of visits to the UK by air, APD has a direct negative impact on travel and tourism spending.  Therefore, Jack believes that cutting Air Passenger Duty will also allow regional airports, such as Bristol airport, to thrive and offer even more flights to their passengers.

Jack will be writing to the Chancellor ahead of the November Budget to make the case for cutting Air Passenger Duty.