Defence in the Arctic 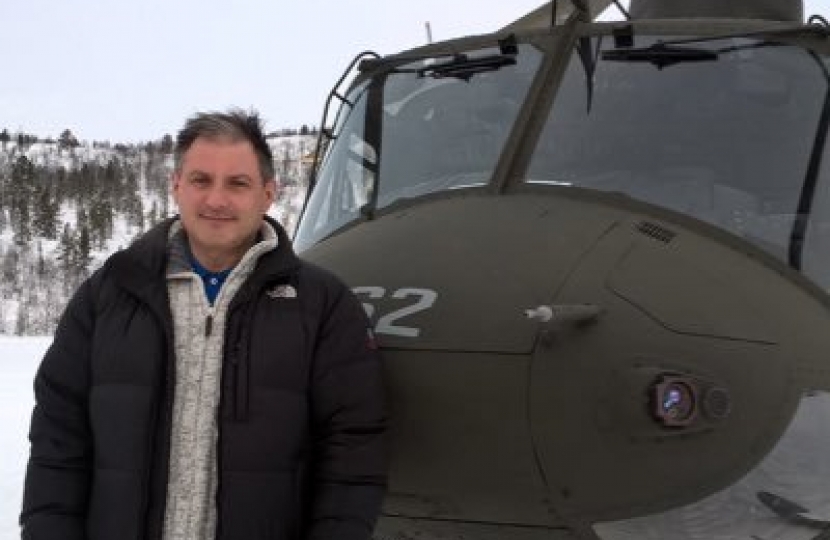 Jack Lopresti MP last week visited Norway as part of the Defence Select Committee's sub Committee on Defence in the Arctic. The Defence sub-Committee is to begin an inquiry into the rapidly changing defence landscape in the Arctic and the potential implications for the UK.

The Arctic Ocean is changing. Permanent ice-cover is giving way and the Northwest and Northeast Passages are becoming seasonally ice-free. Consequently, international interest in the Arctic has reached levels not seen since the Cold War. This interest is commercial and scientific—including new shipping routes, environmental, strategic and defence-related.

All eight Arctic states (United States, Canada, Russia, Sweden, Finland, Denmark, Iceland and Norway) have embarked on ambitious procurement programmes to build up security and defence forces in the region. Russia has the most extensive Arctic defence programme which aims to harness the region as its primary base for natural resources by 2020. Norway, with over 80% of its maritime territory north of the Arctic Circle, considers this its primary region of strategic responsibility.

Currently, the UK Armed Forces' Arctic capability comprises elements of the Royal Navy (including the Royal Marines), the Royal Air Force and the Army. The UK is also a regular participant in the annual meetings of the Northern Group and the Arctic Security Forces Roundtable. While SDSR 2015 reflected increased attention from the Ministry of Defence in the security of Northern Europe, it stopped short of delivering an assessment of the UK's defence requirements in the Arctic, and whether these were being met.

Jack Lopresti MP says; "The Norway visit was very interesting indeed and we were hugely privileged to see our fantastic Royal Marines training in such a challenging environment. I was very proud to see that they are recognised globally for their arctic warfare expertise and were training the US Marines whilst we were there."